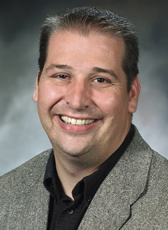 His area of expertise is the New Testament with a specialization in The Apocalypse of John.

He earned a B.A. in Ministry from Clear Creek Baptist Bible College in Pineville, KY (May 1998) and an M.Div. from Mid-America Seminary in Memphis, TN with an emphasis in Biblical Studies (May 2002). He completed a Ph.D. in Biblical Studies from SEBTS in 2007.

He has published The Prophetic Lawsuit in the Book of Revelation in the New Testament Monograph Series by Sheffield Phoenix Press (May 2010). He has published several chapters and articles in various books (most recently: Devotions on the Greek New Testament [Zondervan, 2012]; and Holy War in the Old Testament [IVP, 2013] and journals (JSNTS; Neotestamentica). Most recently published the Greek Reader’s Apostolic Fathers with Wipf&Stock, Cascade (2018). He also co-authored a book with Benjamin L. Merkle entitled Understanding Prophecy: A Biblical-Theological Approach (Kregel: forthcoming). He is currently writing a history of interpretation of the Book of Revelation to be  published with Zondervan. In addition, he chairs the steering committee for a Book of Revelation consultation for the Evangelical Theological Society.

He  have been actively involved in Christian ministry since 1992 serving as a youth minister, an associate pastor, and a pastor of churches in Kentucky, Tennessee, and North Carolina. He serves as an interim pastor in Oklahoma and frequently preaches in various churches and conferences.

He is passionately committed to the Great Commission and has lead Trips to the Peruvian Amazon to work with indigenous people groups. He also has traveled to Manus, Rio de Janeiro, Curitiba and Belo Horizante in Brazil on mission trips and taught a summer school course at a seminary in Cameroon Africa.  Recently, he has traveled numerous times to Turkey and Israel on academic trips to study important ancient cities, especially the seven cities of Revelation.

Alan married his high school sweetheart, Necoe, in 1995. Together they have five children: Alexandra, Josiah, Victoria, Mackenzie, and Titus.

Acts 20:24 But I do not account my life of any value nor as precious to myself, if only I may finish my course and the ministry that I received from the Lord Jesus, to testify to the gospel of the grace of God.