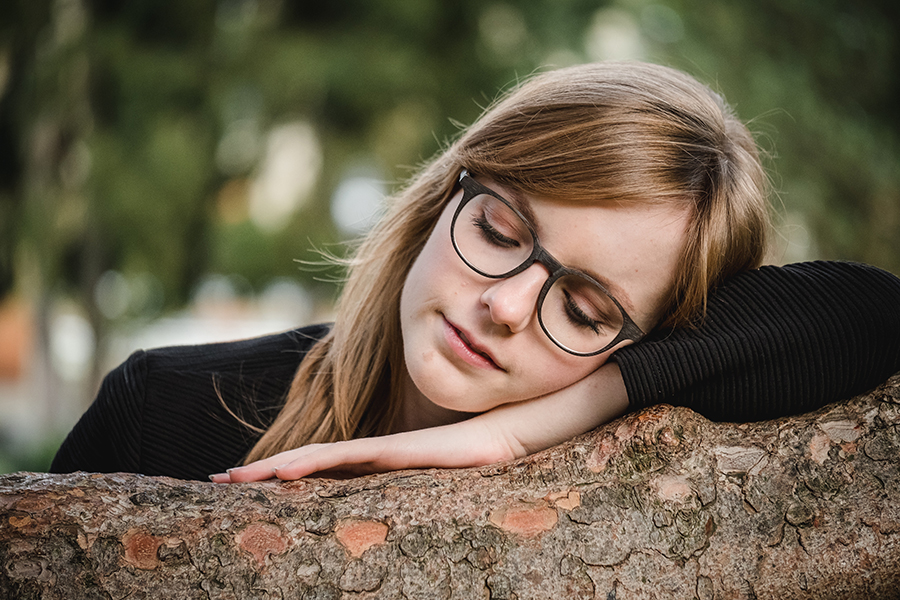 Meet Her Where She Is
By Amy Smith, Founder of Girl Talk Ministries

In this week’s blog, please enjoy a post from Leavell College student Amy Smith. Amy is the founder of Girl Talk Ministries and serves on staff with First Baptist Church, Montgomery, AL. You can follow her at https://amysmith.org. Come hear Amy share a testimony in person at our March 16 Women’s Conference at NOBTS! To register for the conference, click on the link below:

Meet Her Where She Is

Whether you’re a mom, a woman or older girl, we all have girls in our lives. This weekend I led a breakout session “Moms: You Are Your Daughter’s First Girls’ Minister.” I started my girls’ ministry, Girl Talk, on this truth. I am not here to be a mom, step over a mom, or compete with a mom. I am here to walk behind a mom in discipling her daughter, to support her, encourage her and to pour into her daughter what she is pouring in first.

So as I studied, talked and prayed- I began collecting this list of what became gold to me. This list in no particular order contains thoughts, ways that have worked, things that haven’t, advice and love from the moms I admire most. I know as I continue to grow, continue watching and continue studying, I will only learn more and I believe we can all learn. We all have girls in our lives. So if you’re discipling your daughter or coming behind a mom in discipling her daughter, I think this list can be for all of us in how we disciple girls. We all have a younger girl coming behind us and we are living it together. More than anything, I write this as a daughter and somebody’s younger girl knowing what has meant so much to me.

In times before I would be over at her house and she’d be in her room reading a book. I learned quickly this doesn’t mean she doesn’t like me or doesn’t want to spend time with me, it is who she is. Reading is one of her favorite things. So maybe your daughter (or younger girl) is different than you. You might be asking where did she come from? How do I connect with her? What do I say? Sometimes everything you seem to do or say might be the opposite of what she wants or likes. So as I was asking God “Give me a way to connect with her,” she asked “Do you watch Once Upon A Time?”

I hadn’t watched an episode in my life but I sat down with her. I told her to tell me about it and I asked her questions. She would tell me about what was going on, she told me about the characters and how they didn’t know they were part of the fairytale because there was a curse. As I was sitting there, I remembered her mom had just watched all the Harry Potter movies with her and did the same thing. She became interested in what her daughter was interested in so they could spend time together.

She met her where she was.

Meet her where she is and do it even when it’s inconvenient.

This is the concept Paul writes about in 1 Corinthians 9. He became all things to all people in order to save as many as possible. When we meet people where they are, they might just be able to see Jesus a little more clearly because doesn’t Jesus do that very thing? - He meets us where we are. Before anything, always continuously pray for your daughter. Continue praying for an open heart. I honestly think it’s so much of a culture these days to think your mom is annoying. We must pray against this.

If she’s sitting on the couch watching a movie in her free time, sit down and watch it with her instead of doing that load of laundry. Ask her to tell her about the book she’s reading. Sometimes you can find out a lot about a girl just by what she chooses in her free time. Girls are busy today and sometimes they’re busy doing what they feel pressured to do. Notice what they choose to do and meet them there. This goes beyond supporting her in her sports and games. This is caring about who she is deep down inside.

If you have multiple daughters, do this individually. Show her you care about who she is as herself.

Ask her questions. Even if they annoy her sometimes, when you do it out of caring she will see it. Continue praying for an open heart in this.

If she likes sports, get her to show you how to play or play with her if you know how. If it’s art, paint with her, draw with her or simply watch her. If she likes smoothies or ice cream or coffee, take her for a treat every now and then.

And if she doesn’t like something (school, sports, art, something you like), don’t ask her about it all the time. If she doesn’t feel like she is good at something, encourage her in it but don’t push her in it. Don’t constantly ask her questions about it. This creates more shame and resentment towards whatever that thing might be. She might wonder why you want her to be something she is not.

Most importantly, meet her where she is spiritually.

Ask her questions about what she believes and what she struggles with.

Use moments to show her what God is teaching you. Don’t be afraid to answer her questions. Don’t be afraid to say “I don’t know, but let’s look at it together.” Don’t be afraid of her questioning. Meet her where she is and walk with her as she matures. As she sees your “I don’t know,” she’ll know it’s okay to ask questions. It’s okay not to know, and it’s even better to find out together. (We’ll talk more about this later) Jesus met his disciples where they were. He met them at the lake, where they were doing what they loved- fishing. Jesus told them “Come with Me and I’ll show you how to do just what you’re doing for the glory of My Name.” (Amy version)

“As he was walking along the Sea of Galilee, he saw two brothers, Simon (who is called Peter) and his brother Andrew. They were casting a net into the sea -- for they were fishermen. “Follow me,” he told them, “and I will make you fish for people.” Immediately they left their nets and followed him. Going on from there, he saw two other brothers, James the son of Zebedee, and his brother John. They were in a boat with Zebedee their father, preparing their nets, and he called them. Immediately they left the boat and their father and followed him.” Matthew 4:18-22 CSB

Isn’t this what we were all called to do? “So, whether you eat or drink, or whatever you do, do everything for the glory of God” 1 Corinthians 10:31 CSB. Jesus showed his disciples that living like Christ is doing the life you’re called to for the glory of God. That is everything. Discipleship is coming alongside your daughter or your younger girl and saying “I see where you are, I see who you are. Let’s walk together with Jesus, let’s live it together.”

Meet Her Where She Is.