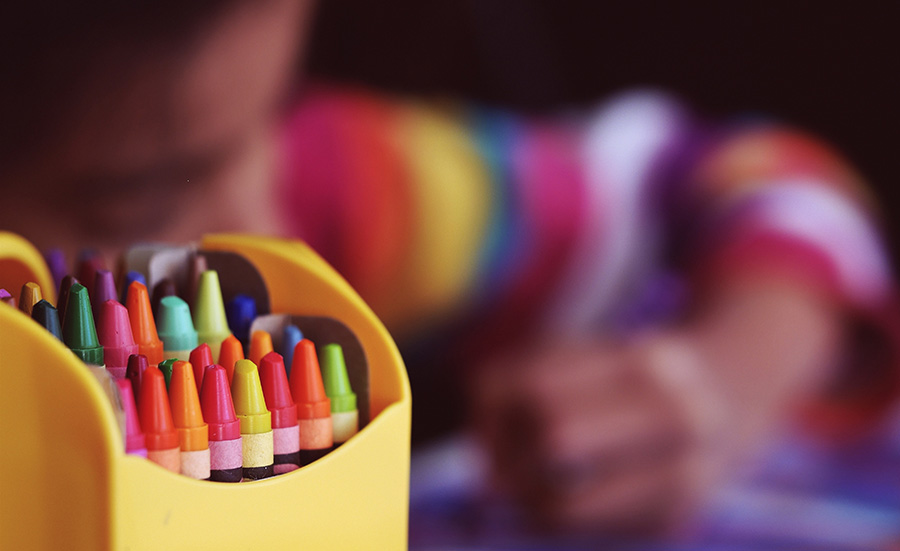 So What Does This Teach Us about God?
By Milly Horsley

This article comes from an interview conducted by Milly Horsley, a master of arts in discipleship and women's ministry certificate student, with Jade Perkins, Children's Minister at Ames. Blvd. Baptist Church, Marrero.

It was a question asked by a child during a missions lesson which had the kids drawing a map of India. Missions is one of Jade Perkin’s favorite things to teach the children at Ames Boulevard Baptist Church in Marrero, New Orleans, Louisiana, but it was this question from a child that caused Jade to realize just how much work there is to do.

Jade’s journey to ministry took about five years. Starting in college and continuing through her move to this city, God has used various people and situations to confirm her call to ministry. Her mentor in college, the mentor at Pineville, a semester serving at a church of 500 in rural Texas, and conversations with Dr. Peavey have all been hugely influential in her process of getting here. She looked for positions in the city even before she moved to New Orleans. She searched the SBC website and the NOBTS ministry jobs board where she found the opportunity where she currently serves at Ames Blvd.

Ames Boulevard Baptist Church is a fairly small church. Led by Dr. Bob Stewart, the church is in an interesting part of town. Jade says; “It’s kind of crazy… there’s people that walk from the highway, and then the neighborhoods are such a mix. There will be a sort of rough neighborhood next to one that’s not so rough. We’ve got a pretty mixed population.” They have an English service in the morning and a Spanish service on Sunday evenings. They do quite a bit of outreach in their neighborhood but have a hard time getting people in the church for more than special events. There are people who will come regularly to the “special stuff” (block parties, VBS, etc.) and even on the Sunday after that event, but they do not become regular attenders.

They started doing a children’s service in February, which has given space for parents to come and not have to worry about their kids. This has given a good opportunity for discipling the children and teaching them many things from the beginning.

There are of course struggles that happen in Jade’s ministry situation. Reaching a diverse and largely transient population offers a unique set of challenges. In the children’s ministry, there are many children who do not speak English, children of seminary students, children from broken homes, and children from religious families who are familiar with church attendance but lack discipleship.

Jade’s favorite things about teaching the kids? She enjoys the flexibility and getting to build a children’s ministry from scratch. Because of this, Jade has begun teaching the kids about missions on Wednesday nights, which led to the question from a child, “What does this teach us about God?.” As they were learning about India and missions— he was so used to only hearing Bible stories that he didn’t understand the importance of learning about other places and cultures. Focusing on Bible Skills and missions, she wants kids to not only know the Bible stories, and that Jesus died for them, but to know what that looks like in our lives.

Her favorite moments? Teaching kids to work together as teams. Recently, while they were learning about missions in India, she taught the children about missionary teams and what that means. After learning about other children in foster care, one child discovered, at four years old, that he can be a church helper by praying for those who were hurting.

Of course she has so many of the cute, funny stories that come from dealing with kids, but the most beautiful moments have been seeing kids come to Christ. Watching children come to understand the gravity of their sin and really understand it has been beautiful to her. She’s seen kids come in groups. As they see their friends getting baptized, they start asking questions about salvation and what that all means. Then, she’s gotten the opportunity to share with them.

Getting adults plugged into children’s ministry is one of her favorite things she gets to do. She has had people say that they learn more by teaching children’s Sunday school than sitting in adult Sunday school because now they are studying the material throughout the week. With this, she gets to help equip parents to teach their kids about their faith. She really wants the parents to understand that they are the primary disciple makers— not the children’s minister or Sunday school teacher. She wants to help parents see that we really need at least 7 adults mentoring a child to help them come to Christ, to really make a lifetime disciple— not just behavior modification. One thing she has gotten to do has been bringing in experts, such as Dr. Peavey, to help parents understand how to teach and disciple their children.

Jade is clearly passionate about children’s ministry— all aspects of it. Even early in the morning, she describes the children and her favorite aspects of ministry with such a spark in her eye that it is impossible to not catch a little bit of her love of this form of disciple making.

Milly Horsley is a Master of Arts in Discipleship and Women’s Ministry Certificate student at NOBTS. She participated in the August Writing Workshop for Women’s Ministry in which she shares her interview with fellow NOBTS student Jade Perkins.