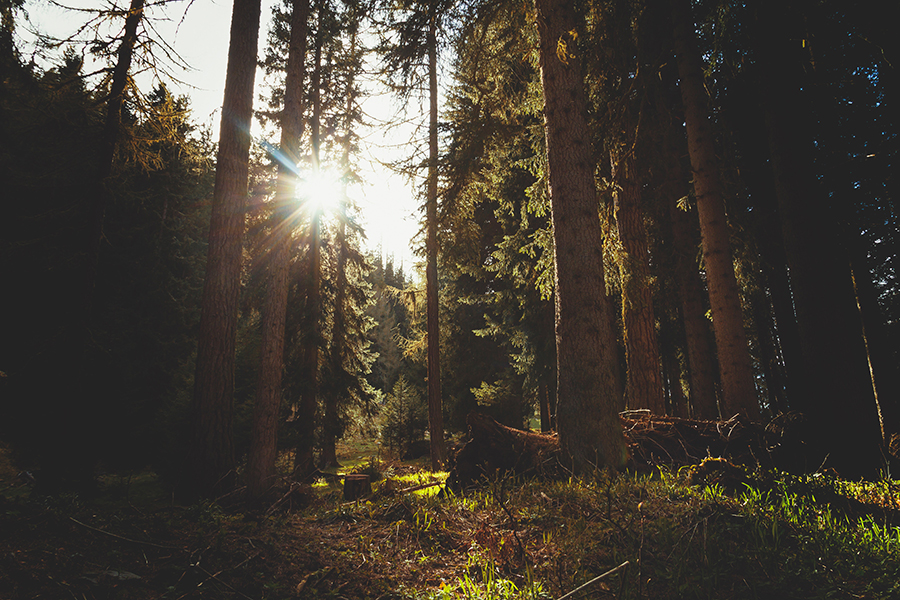 In a very real way conservative Christians who accept the possibility that Genesis 1:1-2:3 is not meant to be understood literally, but rather as a literary construct meant to explain the foundations of the world to a primitive people, are being ostracized and/or criticized for having such a low view of Scripture.

Let me first make this statement: I believe Genesis 1:1 wholeheartedly. “In the beginning God created the heavens and the earth.” If the Big Bang Theory (not the popular TV sitcom, by the way) is one day scientifically proven to be the definitive explanation for the universe’s beginnings (though even that seems to be in doubt these days), I will praise God in heaven for causing the big bang. I think that’s important to note before you mentally cast me into the lake of fire. When I shared with my wife and mother-in-law some of what John Walton espoused in The Lost World of Genesis One, and expressed my affinity at the boldness of some of his explanations, I’m pretty certain they lumped me into the category of “heretic” alongside Walton (and no doubt prayed for my salvation later). So for the record, let me again state that I believe in God the uncreated Creator.

But how does one deal with this slippery slope? Once you start arguing that one part of Scripture isn’t meant to be taken literally, then where do you draw the line? What’s to stop you from seeing all of Scripture as figurative? Indeed this is a very real issue, and many biblical scholars have fallen into the trap of reading all of Scripture as figurative language because they could not adhere to a literal reading of a handful of passages. At the same time, however, a literal reading of Genesis 1:1-2:3 causes us problems when compared with the remainder of Genesis 2.

When examining the two creation accounts side by side, we notice some issues that require an explanation. In Genesis 1:3, God said “Let there be light,” and we are introduced to the cycle of light and dark, day and night, on the first day. But it wasn’t until Day 4 that God created the sun and the moon. How do you have day and night without a sun and moon? (Some argue that the radiant light of God himself constituted the light, and it’s certainly possible. But why? Why not create the sun and moon to govern the day and night from the very beginning? Why even have six days of creation in the first place? Couldn’t God have just spoken everything into existence at once?)

In Genesis 1, “man” (both male and female) is the pinnacle of creation. Vegetation is created on Day 3, the birds of the air and the fish of the sea on Day 5, and the beasts of the field on Day 6. This is the creation story with which most of us are familiar. Yet Genesis 2 gives us a very different picture of creation. In Genesis 2:7, God forms the man (no woman yet) from the dust of the ground. Only then does He plant the garden in which this man will dwell. Seeing that the man was alone and in need of a “suitable helper”, God created the beasts of the field and the birds of the air (notice that the beasts and the birds are created in tandem in Genesis 2 rather than separately as in Genesis 1). When no suitable helper was found from among the beasts and the birds, then God created the woman from the rib of the man (in Genesis 1, we have no mention of God using the man’s rib to create the woman; instead the two are created together, though I imagine most of us who grew up in church learned that Eve was created from Adam’s rib).

There are very real problems with a literal (or rather, literalistic) reading of Genesis 1 and 2. One cannot read both and claim that both are literalistic accounts of creation. One (or both) must be a retelling of the events of creation for a specific purpose other than to describe the actual process of creation. Only if we believe these accounts were written by two different authors can we say that the intention of both was to describe the physical processes whereby God created the world. And then we have an even bigger problem when dealing with an editor/compiler who didn’t seem to notice that these two accounts had major discrepancies when he put them right next to each other (hopefully you see the absurdity of this). What we have in Genesis 1 and Genesis 2 are two seemingly opposing stories of creation. So how do we rectify this?

When examining the two creation accounts, what becomes clear is that the author intended a different focus for each. The account in Genesis 1:1-2:3 is singularly focused on identifying and glorifying God as the author of all creation, with mankind being the pinnacle of His great work. It is written within the framework of the Sabbath; six days God created and on the seventh day He rested (see Exodus 31:17). Genesis 1:1-2:3 is intended to demonstrate to God’s chosen people not just how they ought to honor him (through the observance of the Sabbath), but why they ought to do so (He is the God of creation). Genesis 2:4 and following, on the other hand, is focused on mankind’s special place in creation. Notice that in Genesis 1 man is created as the capstone of creation, whereas in Genesis 2 it seems that everything else (plants and animals) was created for mankind. In Genesis 1, God is chief over all creation; in Genesis 2, mankind is chief among all creation. This, I believe, is the purpose of Genesis 1-2.

I once interviewed for a faculty position at a small college. It was made abundantly clear to me—after I, somewhat painfully, removed my foot from my mouth—that the faculty there (and presumably the administration as well) all embraced a literal seven-day creationism. In the interest of academic integrity, I informed them that I would have no problem teaching all models of creation, and in the interest of maintaining my personal integrity while keeping “in line” with the school’s position, not espouse one viewpoint over another. I had a great visit with these gentleman and they were extremely hospitable. I didn’t feel at all like our fellowship was hindered by our differing viewpoints and I was told to go ahead and submit my application, which I did. Yet it was painfully obvious that my views were at odds with the rest of the biblical studies faculty, and I never heard back from them.

My point in relating this anecdote is not to belittle or throw anyone under the bus. Unfortunately there’s far too much of that going on already. Conservatives who hold to a literal seven-day creation criticize those who don’t for having such a low view of Scripture, while those who believe Genesis 1 and 2 to be a literary construct meant to explain the inexplicable often criticize “seven-day creationists” for being too narrow-minded. I do not wish to hurl criticisms or cast unfair labels upon anyone. I know and greatly respect far too many people whose views differ from mine to ever make such gross, irresponsible generalizations. Yet in the interest of academic integrity I believe that there are some very real concerns that we have to address with a literal reading of Genesis 1-2. And I believe that it is our responsibility, through careful study of Scripture and prayer, to prepare ourselves to defend our viewpoint, whatever it may be, against others. We ought not simply brush aside any other viewpoints or decry those espousing them as uninformed, “liberal”, or heretical. Our views on Genesis 1 should not be so divisive. Instead, let us find and rejoice in our common ground: “In the beginning God created the heavens and the earth.” If you believe Genesis 1:1, I’ll have a cup of coffee with you any day, regardless of what else you believe about creation.

Dr. Jonathan Patterson serves as the assistant to the director of the Baptist College Partnership Program.

Editor’s note: The views expressed in individual Geaux Therefore blogs are solely those of the writer and do not necessarily represent the views or opinions of New Orleans Baptist Theological Seminary.