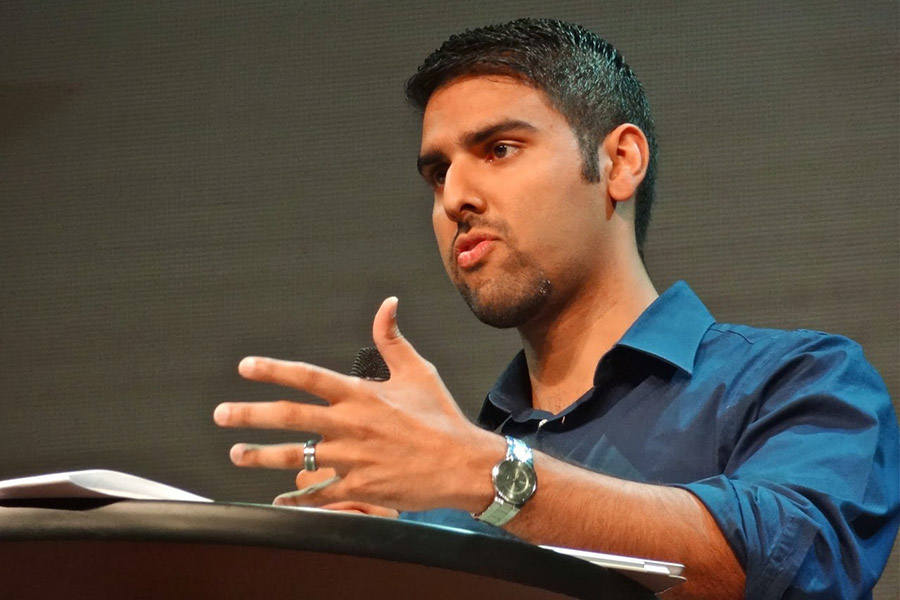 The Christian community lost a great voice Sept. 16 when Nabeel Qureshi, former Muslim and committed Christ-follower, died at age 34 after a year-long battle with cancer.

Nabeel was a medical doctor, gifted writer, a husband and father, a light in a dark world. He was an apologist for Christ in a confused, post 9-11 culture and could speak truth in a way few could. In three years’ time he wrote the New York Times Bestseller Seeking Allah, Finding Jesus: A Devout Muslim Encounters Christianity, as well as Answering Jihad and No God But One.

Like many of the thousands, maybe more, who prayed for Nabeel’s healing, I knew him only through his books and speaking events. The faith he cherished was one that came at great cost because the wound his parents suffered when he left Islam to follow Christ was severe. As an American raised in a Christian home, it is a price I can only imagine.

“We need him, God,” is how I prayed these last few months. The Christian community needs his courage, his wisdom, his boldness, I explained to God, as if the God of the universe didn’t already know.

And when he died, it felt like the scab had been pulled off an old wound as we were left to wonder: With so many Christians praying for Nabeel, why didn’t God heal him?

Why? is a question, of course, I am unqualified to answer. Others better suited than I -- those trained in the school of suffering or by disciplined study, or both -- answer by pointing to God’s word. Scripture such as 1 John 1:5, Deut. 32:4, Ps. 34:8 assures us there is no shadow of darkness in God’s character; He is perfect and perfectly loving. For now, that is enough.

But, my prayer has changed since Nabeel went to be with Jesus. Perhaps you will join me.

First, I pray that God multiplies Nabeel’s influence and ministry in ways only He can do.

Sixty years ago, five young missionaries died alongside a river in the Ecuadorian jungle, speared to death by the tribe with whom they were making first contact. While the lives of Jim Elliot, Nate Saint, Ed McCully, Roger Youderian and Pete Fleming ended that day, the mission to which they had devoted their lives exploded as God inspired untold numbers of new missionaries, called Christians from around the world to follow Christ with fresh abandon, and stunningly, drew their killers to Himself.

This happened as Rachel Saint, Nate Saint’s sister, and Elizabeth Elliot, Jim Elliot’s widow, walked into the primitive village at risk of life and stayed to live out the Gospel. They came to find that it was the missionaries’ deaths, their refusal to use the guns they carried to defend themselves, that drove home the meaning of the cross and stirred warrior hearts to repentance.

This is what I pray will come from Nabeel’s death. I pray that the number of lives Nabeel would have touched if he had lived longer will be increased exponentially as his legacy of faith lives on.

Secondly, I pray that we, that I, will be the answer to my own prayer.

Steve Saint, five-years-old when his father died, joined his aunt in going back into the village to embrace in Christ his father’s killers. He explained why in a Sept. 16, 1996 Christianity Today article:

Dad strove to find out what life really is. He found identity, purpose, and fulfillment in being obedient to God's call. He tried it, tested it, and committed himself to it. I know that the risk he took, which resulted in his death and consequently his separation from his family, he took not to satisfy his own need for adventure or fame, but in obedience to what he believed was God's directive to him. I suppose he is best known because he died for his faith, but the legacy he left his children was his willingness first to live for his faith.

Hindsight is a gift that allows us to look back and see that God was always present, always at work to turn great tragedy into great blessing. Though the question of Why? still plagues us, we can trust that all events of our lives remain in God’s loving hands.

Barbara Youderian, wife of missionary Roger Youderian, gave perspective when once asked what answer God had provided her when she asked God why her husband died. She replied, “Well, I guess it never occurred to me to ask, Why?”

For Steve Saint, life took another unexpected turn about five years ago when he suffered a debilitating spinal cord injury. In a candid video series, “The Next Chapter, ‘Give God all you got,’” he shared his journey through pain.

The first video was recorded one week after the accident. In excruciating pain, Steve Saint spoke directly into the camera to those praying for him.

“Let’s give Him everything,” his voice breaking as he spoke. “No holds barred. Nothing held back. He only expects us to give Him what we have.”

May we, may I, ever strive to do exactly that.

Marilyn currently serves as the assistant director of News and Information in the Public Relations office.