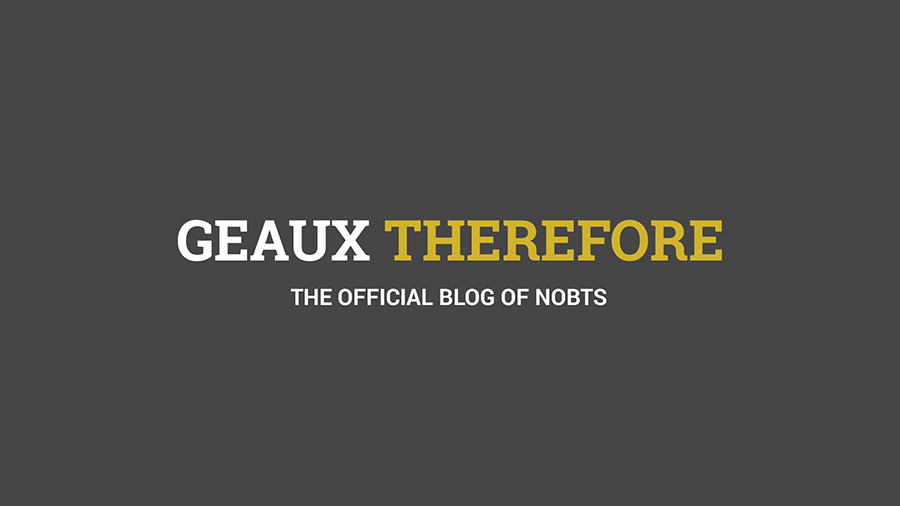 ICYMI: The Martyrdom of Polycarp, the Destroyer of Gods
By Rex Butler

The earliest of the martyr acts outside of the New Testament is The Martyrdom of Polycarp. In the middle of the second century, probably 156 AD, the elderly Bishop Polycarp of Smyrna, was arrested to appease a crowd who had gathered to worship their pagan gods. The mob had decided that their worship would be enhanced by the executions of “atheist” Christians, many of whom died from scourging, wild animals, or burning. Not satisfied with these several sacrifices, they called out for the death of Polycarp, “the teacher of the Christians, the destroyer of our gods.” The governor gave Polycarp an opportunity to renounce Christ and escape execution, but the bishop replied, “For eighty-six years I have been his servant, and he has done me no wrong. How can I blaspheme against my King and Savior?” Thereafter, the elderly bishop was burned at the stake for his faith in Jesus Christ.

Parallels can be found between accounts of martyrdom in the early church and the contemporary world. Aged pastors still are martyred as was Paulos Faraj Rahho, the sixty-five-year-old Catholic Chaldean archbishop of Mosul, Iraq. In 2008, a gang of Islamist criminals abducted him from his church, and, two weeks later, his body was found in a shallow grave. The archbishop is remembered for his dynamic leadership, his hope, and his service to the young and old of his Christian community. Like Polycarp, Rahho was a symbol of Christianity in his community. In the words of Johan Candalin, executive director of the Religious Liberty Commission of the World Evangelical Alliance, “An archbishop is more than one ordinary clergyman. He is a symbol of the whole church. And when he is killed in this brutal way it is a very clear signal to all Christians that this is what could happen to any of you” (Marshall, Gilbert, and Shea, Persecuted, 225-6).

Many horrific forms of torture and death are inflicted on Christians throughout the world, but burning at the stake is rare today, unlike the days of Polycarp. Nonetheless, there are cases of martyrdom by fire. After 1998, when extremists in India took control of the government with their agenda of “India for Hindus only,” violence against Christians rose dramatically: in two years, over forty died, and nearly nine hundred were harmed. One night in January 1999, in Orissa, a mob of Hindu extremists trapped Graham Staines, Australian missionary, and his two young sons in a car and set in on fire. In the morning, “the charred bodies of the three were discovered with their arms around one another” (Boyd-MacMillan, Faith that Endures, 47).

When Bishop Polycarp was arraigned before the governor of Smyrna, he was urged on several occasions to say, “Caesar is lord,” to swear by the divine spirit of the emperor, and to curse the name of Christ. Such declarations would have secured his release from martyrdom. However, in the center of the arena, surrounded by pagans, he refused boldly. Other, more recent political leaders have demanded worship and obedience, and many pastors have continued to refuse. Such a pastor was Richard Wurmbrand, who today is a symbol of the persecuted church. When the Communists took over Romania, they convened a “Congress of Cults,” attended by four thousand priests and pastors, who chose Joseph Stalin honorary president. During the congress, many religious leaders succumbed to the Communists’ seductive language, praised Communism, and pledged the loyalty of their churches to the false Communist “gods.” Sabina Wurmbrand said to her husband: “Richard, stand up and wash away this shame from the face of Christ! They are spitting in His face.” Richard reminded her, “If I do so, you lose your husband.” She replied, “I don’t wish to have a coward as a husband.” With the same kind of courage exhibited by Polycarp, Wurmbrand went to the podium and declared to the congress that their loyalty was due not to murderers of Christians, but to Christ and God. Not only did those in attendance hear Wurmbrand’s confession of faith, but also his speech was broadcast throughout the whole country. Wurmbrand acted as a modern-day “destroyer of gods,” and as a result of his faithful actions, three years later, he was imprisoned and tortured for Christ (Wurmbrand, Tortured for Christ, 15-16).

At the conclusion of The Martyrdom of Polycarp, the author included an episode about Polycarp’s body. At first, a decision was made not to release the body to the Christians for fear that it would become an object of worship. Finally, the centurion relented, and the Christians were allowed to collect Polycarp’s “remains that were dearer to us than precious stones and finer than gold, we buried them in a fitting spot. Gathering here, so far as we can, in joy and gladness, we will be allowed by the Lord to celebrate the anniversary day of his martyrdom.” A similar incident occurred during the events surrounding the martyrdom of Wang Zhiming, who pastored in Yunnan Province, China, during the reign of Mao Zedong and who was executed in 1973 at age sixty-six. Zhiming’s family was told that, after the execution, the government would retain his body. The guard said: “Throughout history, you Miao people are well known for being superstitious. Who knows what will happen if we allow your family to give him a proper burial!” Surprisingly, Zhiming’s body was released to the family, and, during the time that it was being prepared for burial, many of his parishioners came secretly, by dark of night, to pay their respects. Today, Zhiming is honored at the Westminster Abbey by one of ten statues that commemorate martyrs of the twentieth century (Yiwu, God Is Red, 97-116).

The narrator of Polycarp’s martyrdom recognized that the enemy of the Christians was not the governor or the mob but the “jealous and envious Evil One.” Satan is the sponsor of the false gods, whom Polycarp was understood to destroy through his faithful witness to the true God, Jesus Christ. Along with Bishop Polycarp, others such as Archbishop Rahho, Missonary Graham Staines, Pastor Richard Wurmbrand, and Pastor Zhiming witness against false gods, whether pagan, Muslim, Hindu, Communist … or American. These martyrs named here are merely a few among millions. Again, the name “martyr” is based upon the Greek word for “witness.” These faithful martyrs witnessed to Jesus Christ even unto death, and we Christians do well to be inspired by them to witness to Jesus Christ whether we live or die in service to our King and Savior.