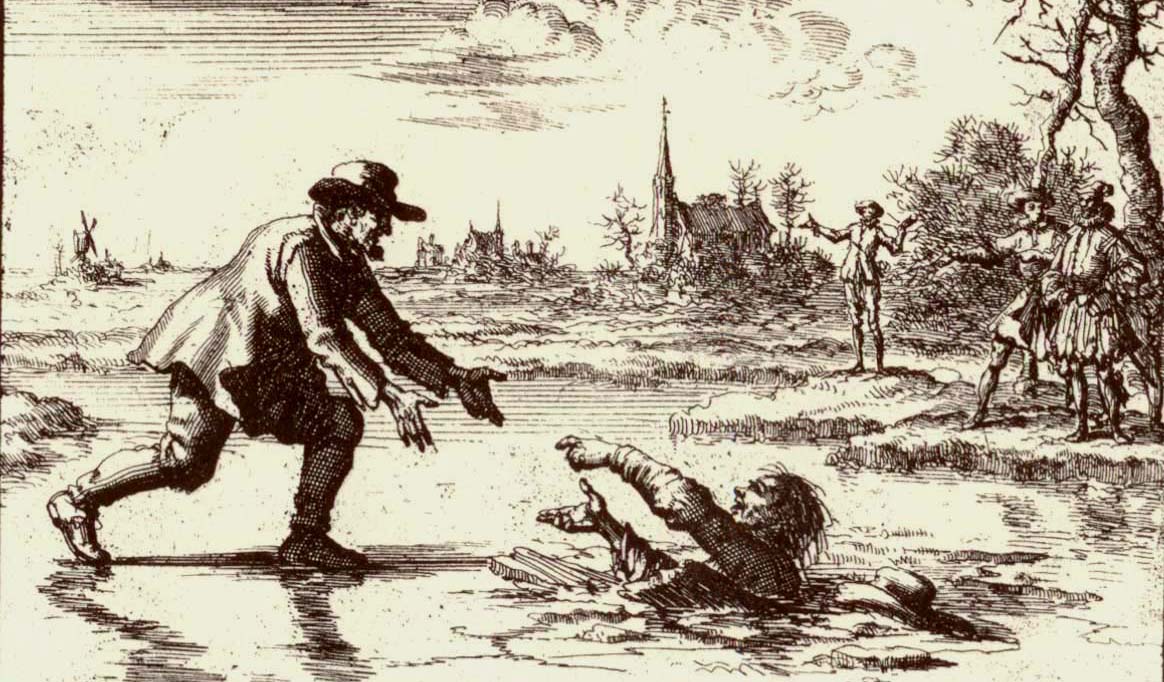 In 1660, a thousand-page tome was published in the Netherlands with a long title: The Bloody Theater or Martyrs Mirror of the Defenseless Christians – “Who Baptized Only Upon Confession of Faith, and Who Suffered and Died for the Testimony of Jesus, Their Saviour, From the Time of Christ to the Year A.D. 1660.” The author, Thieleman van Braght, compiled this book to cast a bright reflection on Christian martyrs, not only those from the beginning of the church, but especially the Anabaptists.

Who were the Anabaptists? As suggested by the complete title of the Martyrs Mirror, they were Christians who believed, based upon their study of the New Testament, that baptism was intended, not for infants, but for believers who confessed their faith in Jesus Christ for salvation. The first Anabaptists began baptizing believers in 1525, and followers of this faith were persecuted by Catholics and Protestants. According to historian Justo Gonzalez, more Anabaptists were martyred at the hands of other Christians in the sixteenth century than there were Christians martyred by Roman pagans during the first three centuries of the church (The Story of Christianity, vol. 2, p. 56).

So that future generations of Anabaptists, as well as all Christians, would not forget these martyrs, van Braght preserved many of their stories in the Martyrs Mirror, including two that will be summarized here. The second edition of the Martyrs Mirrorfeatured illustrations created from detailed copper engravings prepared by Jan Luyken.

The first story is about Hans Bret, a young baker, who was the sole support of his widowed mother, also an Anabaptist, in Antwerp in the Netherlands. Only in his young twenties and newly baptized into the Anabaptist faith, Hans had distinguished himself as a Bible scholar, and many new converts sought him out as a teacher.

“But,” as his story is told in the Martyrs Mirror,“the devil, the enemy of righteousness, and envier of the increase of virtue and of the church of Christ, could not long tolerate or endure this.” On May 6, 1576, at nine o’clock in the evening, the bailiff and his assistants surrounded the bakery and knocked on the door with the intent to arrest all the inhabitants. Alerted to their intentions, Hans warned his mother and his master, Albert Verspeck, who were able to escape. Later, Verspeck became an Anabaptist pastor. Hans and several others, however, were captured and taken to the castle prison.

Hans was charged with being re-baptized, and was sentenced to be burned at the stake. After being cast into a dungeon, he was tortured and frequently interrogated for the purpose of wringing from him a recantation of his Anabaptist faith. With his intellect, however, he was able to resist. From prison, he wrote several letters to his mother and his pastor, Hans de Ries. A few letters are included in the Martyrs Mirror.

In one letter to his mother, dated July 19, 1576, he recounted the history of God’s faithful people who had suffered and died, beginning with Abel and continuing through “our Captain Christ Jesus” and “His dear apostles.” This letter echoes the theme of the Martyrs Mirrorthat the Anabaptist martyrs extended the line of God’s suffering people from the beginning of salvation history.

On the day of his execution, January 4, 1577, the authorities subjected Hans to the indignity of a tongue screw. The executioner forced Hans to stick out his tongue, and Hans complied, since, as the Martyrs Mirrorexpressed it, “he had not a member on his body, which he was not willing to deliver up to suffering for the name of Christ.” Next, the executioner screwed an iron clamp to the tongue and tightened it. Finally, he burned the end of the tongue with a hot iron, making the tongue swell so that it could not be removed from the clamp. The purpose of the tongue screw was to prevent Hans from witnessing to the bystanders as he was led to the stake.

When Hans arrived at the stake, “being clothed with Christian glory,” he knelt and folded his hands to worship God. But the authorities jerked him to his feet and chained him to the stake. His pastor, Hans de Ries, was in attendance and stood as near to the martyr as he dared. As the pastor watched, the fire rose up and consumed the body of his friend. After the fire cooled, the pastor retrieved from the ashes the only thing that was left of Hans Bret – the tongue screw.

Shortly after Hans Bret’s martyrdom, his pastor married his mother. Their descendents have passed down the tongue screw from generation to generation as a treasured heirloom that is a symbol of the legacy of a young martyr’s faithfulness to “Captain Christ Jesus.”

The second story concerns another Dutch Anabaptist, Dirk Willems. During the winter of 1569, Dirk was arrested in Asperen, Holland, by the Roman Catholic authorities. Dirk was condemned to burn at the stake, not only for having been re-baptized himself but also for re-baptizing other believers in his home. However, he managed to escape from prison by fashioning a rope from knotted rags and climbing over the wall.

The burgomaster of Asperen hired a thief-catcher to capture Dirk. Dirk’s flight took him to a frozen stream, which he began to cross. The thief-catcher hesitated but followed after him. Being a heavily built man, however, he broke through the ice and was forced to cry for help from the only person available – the man he was pursuing. One can only imagine the thoughts that crossed Dirk’s mind, but ultimately the thought that prevailed was Jesus’ command: “But I say to you, love your enemies and pray for those who persecute you” (Matt. 5:44). Dirk turned back and rescued the thief-catcher.

When they reached the shore, the thief-catcher would have released Dirk in gratitude, but the burgomaster, having caught up to them, insisted on taking Dirk back to prison. There Dirk remained until the day of his execution, May 16, 1569. He was tied to the stake, and the fire was lit. The winds that day, however, blew the flames away from his upper body, so that he suffered long. He cried out repeatedly, “O Lord, my God!” until finally the executioner dispatched him to his death.

The story of this Anabaptist martyr, who forfeited his chance of escape in order to save his enemy’s life, has inspired countless Christians, not only those who still follow his Anabaptist heritage but also some of those who follow the faith of his persecutors, the Catholics. In October 2007, a delegation of Anabaptists, known today as Mennonites, met with Pope Benedict XVI at the Vatican. In honor of this meeting, the Mennonites presented the pope with a framed picture of Dirk Willem rescuing his pursuer; its design was inspired by Jan Luyken’s illustration in the Martyrs Mirror.

The Martyrs Mirroris easily accessible on the Internet today. When we read its inspiring stories and see the vivid illustrations, we will catch a glimpse of Christian martyrs’ faith in and devotion to Christ. Hopefully we will look into the Martyrs Mirrorand see such faith and devotion in our own lives.