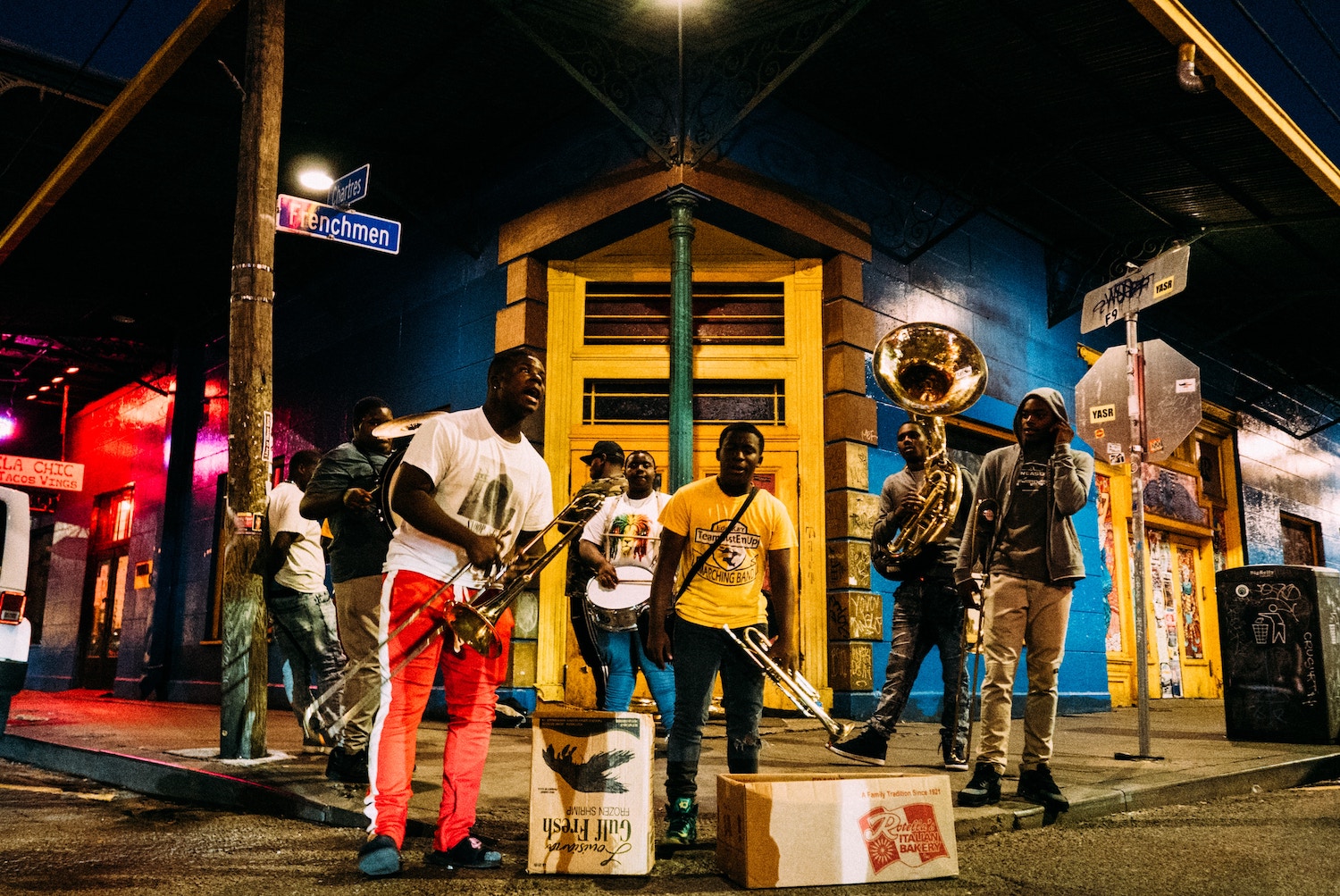 A City with a Soundtrack
By Gary Myers

I heard music the very first moment I set foot in New Orleans. It was the breathy sound of a steam calliope atop a paddleboat on the Mississippi River. The sounds of the city (one that I would later call home) made a great first impression. New Orleans is a city with a soundtrack, and this is one of the things I love about my adopted home.

That first experience with the soundtrack of the city came on a warm day in May of 1992 – my first visit to New Orleans. I had just graduated from college and had come to the South to attend Kimberly’s graduation from Mississippi State University. We had been dating almost a year at the time. After her graduation, Kimberly took me to the Mississippi Gulf Coast to meet some of her family and we decided to make the short trek to New Orleans one afternoon.

As we drove into New Orleans that day, I noticed the dramatic juxtaposition of rich and poor; old and new. As an artist and writer, I was captured by the fading beauty and the preserved historic architecture of the most unique city in the United States. I was still processing all that I had seen when we arrived in the French Quarter. The moment I opened my door, I heard music. The riverboat calliope was only the opening act of an outdoor concert that stretched from the River to Jackson Square.

I heard the music of teenagers with bottle caps on their shoes tapdancing for tips to the beat of a bucket drum. Further down Decatur Street, I heard random bursts of jazz wafting from the restaurants and shops along our way (some live, some recorded). We encountered several jazz musicians playing in and around the Square.

In 2001 when I started seminary in New Orleans, I began spending a lot of time in the city. Though we lived in Mississippi and helped with a church plant in Gulfport, I came to the city for classes and evangelism projects in the French Quarter. Slowly, I began to understand and love this place. I also learned that my experience with the city’s soundtrack in 1992 was not a “one-off.” Music flows freely on every block of this city. Kids who grow up in New Orleans have music flowing through their veins. They can’t help but start swaying when the music begins – at a football game, at a parade, or even at church. Swaying to the music isn’t my first thought, but it comes naturally to my son who grew up here.

My appreciation of music (especially jazz) has grown exponentially since 2001. Jazz was born in this melting pot of cultures. As jazz musicians coax unbelievable sounds from brass and wood and ivory, they also poignantly capture emotion. Jazz is used to celebrate birth, death, and even rebirth. It is also used to mourn and lament. The second line at a New Orleans funeral remembers and celebrates the deceased also acknowledges the possibility of life with God after death. This powerful tradition, which combines mourning, celebration, and hope, offers us a prime opportunity to speak of what Jesus has done on our behalf.

Gary Myers is the director of communications at New Orleans Baptist Theological Seminary and Leavell College. This post originally appeared on GaryDMyers.com.