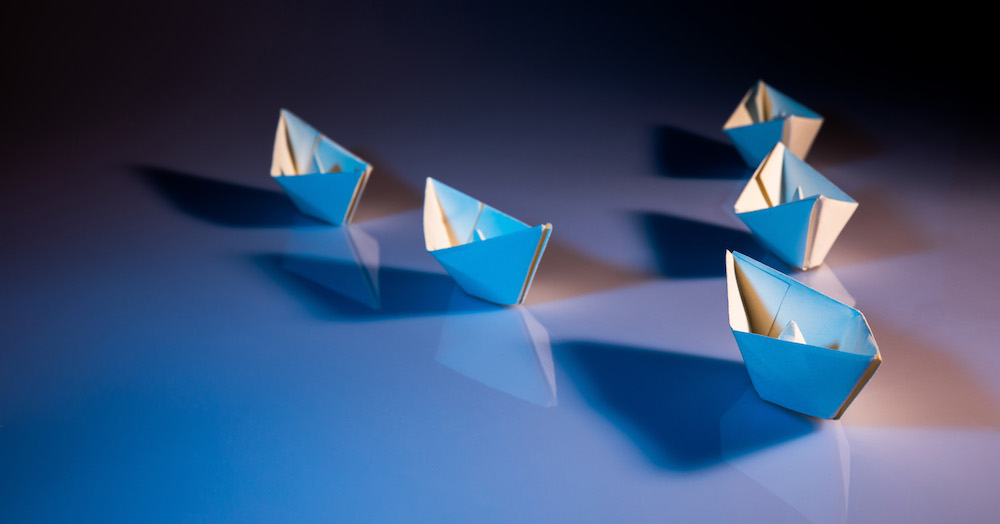 I recently sat down with Dustin Turner, the lead pastor of Vintage Church here in New Orleans. And we talked about what it was like to take over a successful church plant after the founder moved to a new ministry.

Did you ever see yourself becoming a lead pastor?

When I came to seminary, I knew I was called to ministry. But I had no idea what that actually looked like. I had some stereotypical images in my mind. But it was my time at seminary that was instrumental in helping me figure this out. And at the same time as I was doing that, I was beginning to work at Vintage.

First, I was a grunt worker, doing whatever they asked me to do. I later came on staff and lead Connect (guest services team) and then discipleship. It was my time at seminary and Vintage Church together, that began to narrow my calling.

Then, I began to learn what it meant to pastor in the local church context.

Our founding pastor (who was my lead pastor), Rob Wilton, and our executive pastor (then and now), Matthew Brichetto -- they gave me a ton of freedom. And what that allowed me to do was test my gifts and see what my passions were. Timothy Keller has talked about this before: how do you know when you're called to something? Well, what are you passionate about? What are you gifted at? Where's the need?

Without knowing it, those were the three areas they’d given me a ton of freedom in, and that allowed me to realize where I was gifted and called.

I became the equipping pastor, so everything from discipleship to our small groups to leadership development. I always thought that was my niche. I loved it. And this always felt like a sweet spot to me.

Never in a million years did I think I was going to be a lead pastor. I didn't want it. Wasn't even interested.

It wasn't until Rob shared with me his own personal calling about what was next for him. I remember it well. We were downtown in a meeting space overlooking the city, and he told me about the possibility of him leaving and starting something new. I felt this internal stirring, which I think is the Holy Spirit, saying, "You could be the lead pastor."

That thought had never crossed my mind. And it was really from that moment where I began to process what that would look like.

What was that transition like after the founding pastor left?

Actually, not bad at all. Which is really weird and crazy and good, all the same time.

Early on, it was difficult just because there were a lot of external things going on. Plus, there were a few people inside the church that did not like the idea of Rob leaving. A lot of that had to do with the fact that Rob bleeds New Orleans. He was born here, spent most of his childhood here, came back here.

Also, Rob is a visionary. He's got incredible dreams and incredible visions, and so we would literally say things like, "One day, we're going to fill the Superdome." I still believe that, but then people would be like, "Hey, I thought we were going to fill the Superdome. Now you're bouncing?" It took a little time for some of those people to see the big picture and see that the work we're doing moves beyond the city of New Orleans.

But at the same time, it really was a seamless transition.

We were super honest and kept people in the loop of the process. And it, no doubt, helped that they already knew me. I'd been there since the beginning. And I was a pastor at Vintage for six or seven years by that time. I had taught, and I had led people. So there was already trust. I think those factors made the transition natural.

Did you have any doubts?

Is the ship going down?

This is part of Rob's strength that allowed that transition to go really well. Rob has never been a micromanager. A danger in a lot of churches and organizations is for a leader to do everything. Rob was never that way.

Was there a hole? Absolutely, but it wasn't like, “What are we going to do with ourselves?” Rob did an incredible job of leadership development. And he was able to develop leaders, including me, and that meant he could leave Vintage in a healthier place then when it began.

At the same time, I've got, just massive fears, because I've never been the lead pastor before.

I'm leading our entire team. I'm fundraising. I'm making sure we're making budget. I lead through collaboration. But at the same time, as the leader, that weight and pressure is on my shoulders.

The transition happened in December of 2017. And early in 2018, we also had some other staff transition. We were preparing for that. But if you'd have seen us from the outside, you're like, "Oh my gosh, the wheels are falling off."

What did you think was going to fall apart?

I think some of it was just fear.  The big challenge for me was, "How do I be a lead pastor and do some things that I've never done before -- but at the same time, still be myself?"

One of the things that gets me the most about being the lead pastor – and especially then – was worrying about our budget. So I was thinking to myself, "Are all of these people going to keep giving? What's going to happen? Who's going to lose their job? My salary is going to get cut,"

Have any of these fears ever come to pass?

I think one of the biggest things about leading a church, and probably any organization, is the nagging question: Are these people going to keep being a part of this? And that's probably a tension every church leader has to balance. There's something to be said for being a leader. But at the same time, they're not really following me. They're following the Lord.

The challenge for me as a pastor is that I need to be following. If I'm not following the Lord, then they're probably not going to be coming, because they’ll see through me.

Dustin and I talked about a lot of other things as well, like how the founding pastor at Vintage was a visionary, while Dustin functioned more as a systems guy -- and how that dynamic aided their transition.

You can listen to the full interview on the Answering the Call podcast here. And you can learn more about Dustin and Vintage at vintagechurchnola.com.

Joe Fontenot is an NOBTS alum, as well as the marketing strategist at NOBTS. You can read more by him at joefontenot.net.