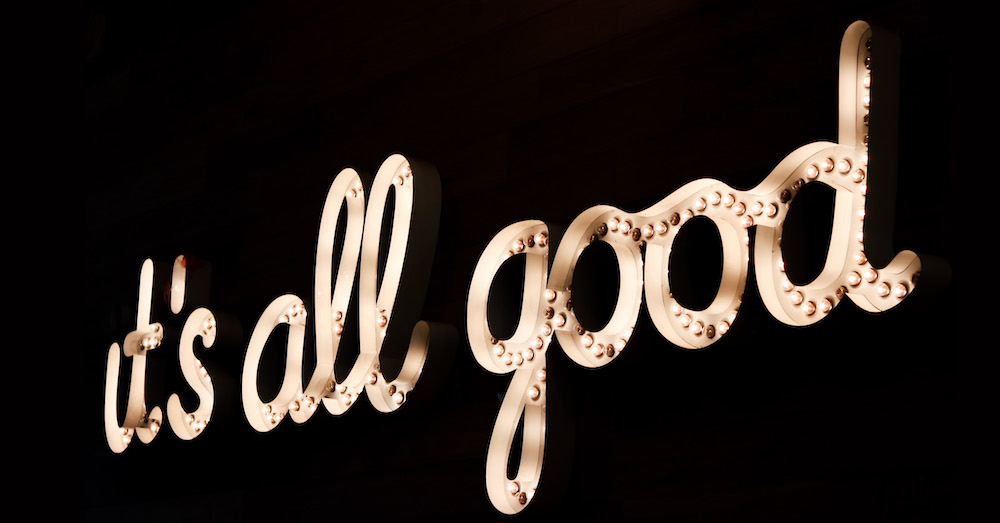 It's on God's Tab
By Matthew-Louis Hall

Many people today live their lives driven by an individual or corporate desire.

In other words, whatever is best for you and me, or the groups that we are a part of, is the way in which we should go.

The only problem with this way of thinking is that it’s not fool-proof. We live in a world filled with as much oppression and suffering as we do joy and celebration, and the reality we are often unwilling to face is the fact that we are the lead contributors to both of those scenarios.

The Bible actually shows us these two pictures as well.

In the story of creation, humanity is shown as lively, hand-crafted by God and purposed to live an abundant life (Genesis 1:1-2:24). But later we find that because of the sinful rebellion of humanity, all that awaits them is eternal separation from God, where death has the final word instead of life (Genesis 3, Romans 1:18-32).

What’s even crazier is that this is a life that we chose. But God, just like the loving Father that He is, chooses better for us than what we could ever do for ourselves.

We have no good news if we have no bad news, but we’re in luck. We have both!

God is the one who spoke into existence, ordered, and purposed the world in which we live. Human beings are meant to be the pinnacle of creation and were created to show how amazing God is by being a people that flourish and rule over the created world. We chose a different path though. We believed a lie. We were told that God didn't really know what He was talking about, and that life would be better in our hands. A serpent, who clearly proposed himself as the enemy of God, convinced our first parents, Adam and Eve, to take life into their own hands.

But God still would not change His plan.

He designed man to flourish, and for life to be abundant. So to make sure that happened, He sacrificed His only Son, Jesus, the perfect substitution, in which all of the sinfulness of human beings could be rightly punished by their new representative, all of the redemption that was held within the life of Jesus could be properly distributed among God’s chosen image-bearers.

God’s declaration is the reason that anything exists, and what He creates is good according to His standard, which is Himself.

If He speaks, then it’s so.

God’s plan is a good plan. It is filled with imagery of life that is flourishing and should bring us to hope that He has never stopped chasing after what He desires. It meant the death of His only Son, that He would be the Father of many sons and daughters. It meant leaving His home, so that we would not be orphans, waiting and hoping to find sustenance in the old leftovers of affirmation through likes, followers and subscriptions.

We no longer have to find our home in envying the lives of one another, but rest in the life of Jesus, who gave up His life for many of us to find shelter in the home that God intended for us.

Even if it meant persecution, God was determined to take us out of slavery to the lies of Satan. Genesis tells us about the beginning of the good news, from a good God. He spoke, “...And it was so...and God saw that it was very good.”

Matthew-Louis Hall is a student at Leavell College.