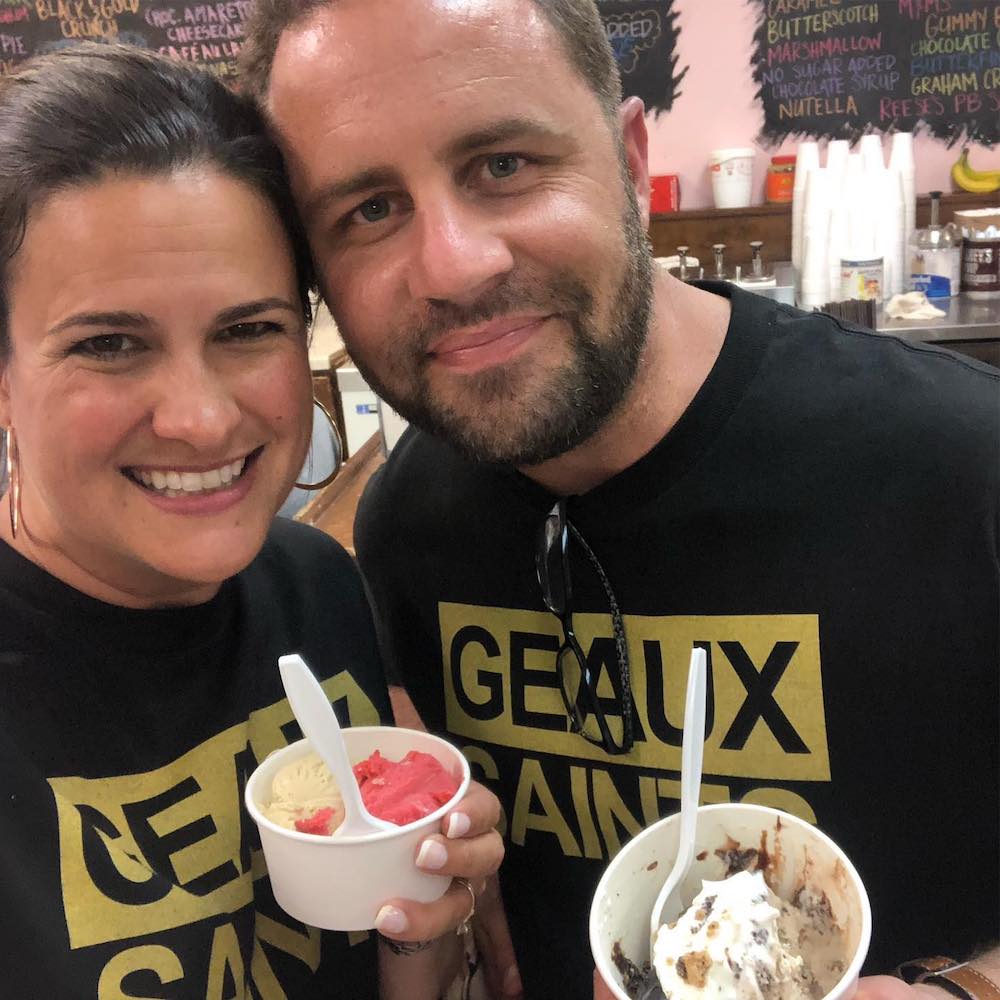 I recently had a chance to sit down and talk to our new president, Jamie Dew, about his calling and vision for NOBTS. He talks about navigating God's call to this work, as well as the implications that began to come from it.

Did you ever want to be president of a seminary?

And so this has forced me to my knees, and my prayer life has never been as vibrant as it has been in the last eight months.

I had friends encourage me to “put my name in for it.” I refused to do it. They pressed me on it, I kept on saying no, absolutely not, I have no desire to do it.

So, how did you know this was God calling you?

I had no interest in applying for the job. Bob Stewart on faculty here, and who I’d known for many years, approached me about it, saying, ’Come on, man. Come on,’ to get me to consider it.

And he says, "Don't you feel like maybe you need to open your hands and see if that's what the Lord would do?"

"Look, Bob,” I said, “If God did something and made it clear to me that I'm supposed to do this, then obviously I'd have to pray about this. But that's the only way I could do it.”

And he said, "Well, what would that look like? For you to think that this is God, not you."

Look, if I had gone that route, and if it had gone somewhere, I would have to wonder: Is this God? Or is this me? Did I do this or did he do this?

So I said to him, "Listen. I cannot pursue this. If God wants me to do this, he knows exactly where to find me. If the search committee knew who I was for some reason" — which they didn't at that time — “and if they thought I was somebody that has to be pursued, then I would obviously have to pray through it.”

But January 8th came and went, and I didn't put my name in.

I went on with my life. I completely forgot about New Orleans, aside from the fact that I was praying for the next president every time I would think about it.

And on…I think it was January 18th, ten days after the date for submitting closed, I was preparing to go to England to defend the dissertation for that second degree I did. And I got an email from Frank Cox, the chair of the search committee.

He introduced himself, and he said, “Someone gave us your name as someone we should consider.”

After seeing Frank’s email, I thought... well, by that point they obviously had seen my resume and everything. And sure enough, the committee had seen me and thought that I was someone they needed to talk to.

And then I talked to my dad. My dad, of course, did not want me to go. But he even said — and this got my attention — "Jamie, you have to fill out that questionnaire."

And I thought doggone it.

And Chuck Lawless said, "Jamie, you'll be being disobedient if you don't do it."

So I said, "Okay. Well, I guess I'll fill out the questionnaire." And surely I'll fill it out and... they'll move on. I won't be the guy.

You said, something shifted in you. What was that about?

After several rounds of interviews with the presidential search committee, I was on a plane back to Wake Forest. That was March 20th, 2019. And it was early in the morning, and I was sobbing, and I wept the entire flight home, because, in the back of my mind I kind of had this sense that I was going to be forced to let go of my beloved college at Southeastern.

I mean my heart and my soul was in that college. And it was impossible for me to imagine doing anything different.

But there was this clear sense that the Lord was going to take that from me. And he was telling me: I'm going to give you something else and you're going to love it just as much.

And I don't know how else to explain it other than from that moment — March 21st, that morning when I sobbed all the way home — till the next month and a half as I continued through the interview process, the grieving of letting go of Southeastern lessened more and more every day. I still grieved, but less.

And simultaneously, as I ceased grieving as much in degrees by every day, vision and desire began to take root in my heart for New Orleans. I don't know how else to say it other than God began to put this people in my heart and in my mind. And I could not sleep at night.

At my second interview, I showed up and Frank Cox picked me up that morning about 7:30 in the morning. He said, "How'd you sleep?" And I said, "Frank, I haven't slept in a month and a half." Because, I kid you not, every single night all I could dream about was New Orleans. Programs, degrees, people, graduates, recruits, fundraising, the whole gamut of it all. The Lord was just bombarding my heart and soul.

Had you ever been through anything like that before?

I've been a Christian for 24 years. And I can point to four or five moments in those 24 years where I can say definitively God called me to it. I don't use that language of calling lightly. And I don't think we should.

But I remember the night that I came to faith in Christ, June 16th, 1995. I knew that night, after coming out of the drugs and the alcohol and the womanizing and all that stuff and the brokenness and the arrests, I knew that he had just changed everything for me.

I know that God was calling me again, years later, when I went to be the pastor of Stony Hill Baptist Church in 2004, in Wake Forest, North Carolina. It was very clear. I had a sense, as I drove out to the church, and I drove up in the gravel parking lot of that church. I knew they had other people they were going to interview—good people. And it’s not that I thought I was better. But I knew God had called me to the pastor of that church, and I pastored there for eight and a half years.

I knew it again the day I was asked to be the dean of the college at Southeastern that God was calling me to do that.

And I know now, with everything in me, that God has called me to be here to do this.

And at the same time, it does not make sense to me, because I'm probably very atypical as a president.

And I look at this place, and I think holy moly, this place has got good bones. We could do so much cool stuff here.