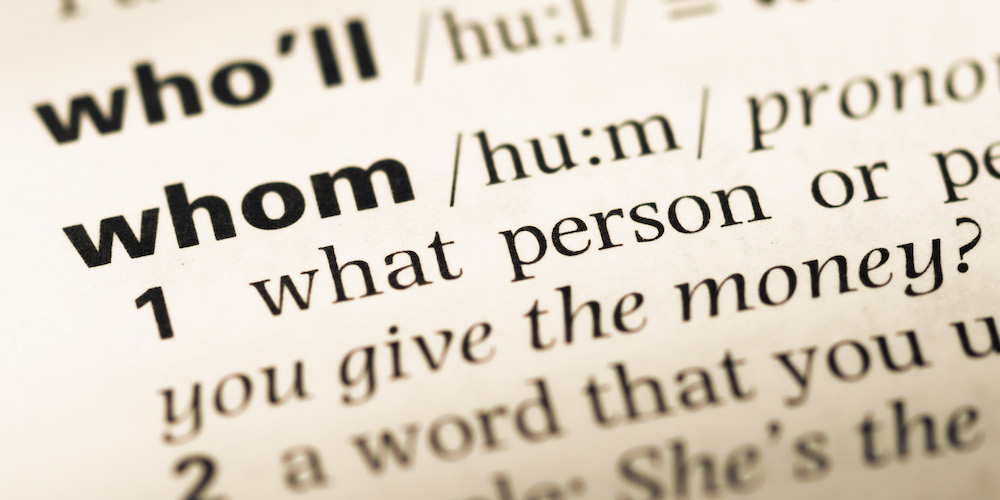 The Death of Whom
By Joe Fontenot

Most of us, if we’re being candid, get a little off-balanced using the word whom. And when we have to write something that feels like it should have a whom stuck in there, there’s usually a quick google involved.

Part of that is because whom is one of those words that's been slowly dying.

But it’s not just me preaching whom’s demise. A look at Google’s indexed books shows the usage of whom has greatly dropped off since it’s heyday. 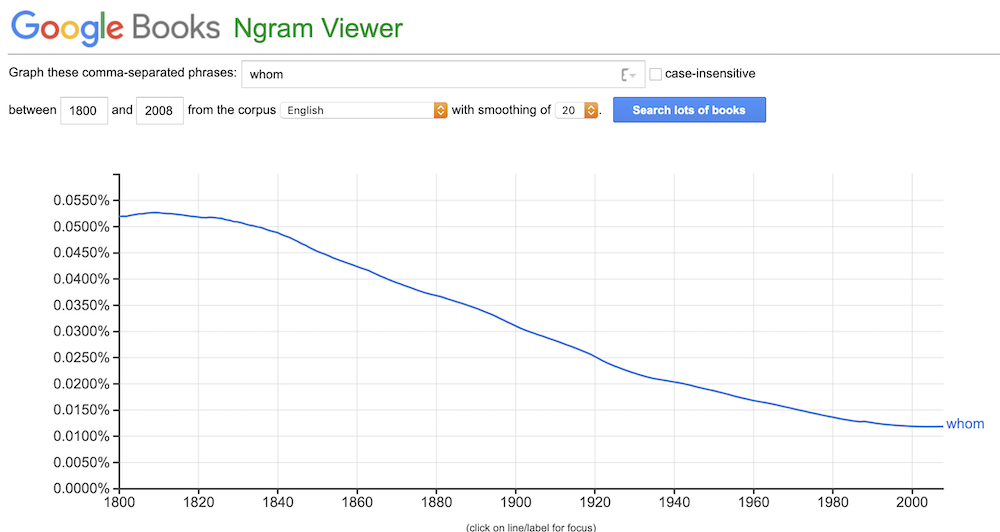 And such things are to be expected.

Twattle (gossip), gorgonize (mesmerizing), and monsterful (wonderful) are all words that have, in their own time, also gone by the wayside.

That’s because societies change. And with them, the words they use to push around ideas also change.

This kind of thinking is integral to us, because it’s not only words. Everything we buy on Amazon.com will one day (probably sooner than later) be outdated or broken. Back when the Industrial Revolution happened, manufacturing and agriculture were forever changed, altering countless jobs and standards of work. And then, more recently, there came the Internet and all the changes it brought.

When we stop to consider it, we see that our societies are in constant flux.

So it’s not such a surprise that the same people who make up our society have such a hard time with the Gospel. And with the idea that God’s Word doesn’t change.

This isn’t something for us to laugh at them about. Or to look down at them for. Instead, it’s something we should empathize with.

It is a truly bizarre idea that the Creator of everything would swap Himself for dead batteries like us. And not only that, but go to the length of constantly loving us. Even when we don’t love Him in return.

So, even if “whom” is dying, something — unlike the Oxford comma — that I have no strong opinions on, I see it as a reminder for us. Like the kind of relief a flashlight makes to a long-darkened world.

The Gospel is unusual. It goes against so much of what we understand.

And yet, in a world that is constantly in flux, where uncertainty is certain, the Gospel and God’s Word are the unchanging standard that shows us the light and gives us life.

We have hope because of the one thing that’s not in flux.

And that’s a very good thing.

Joe Fontenot is the marketing strategist for NOBTS.