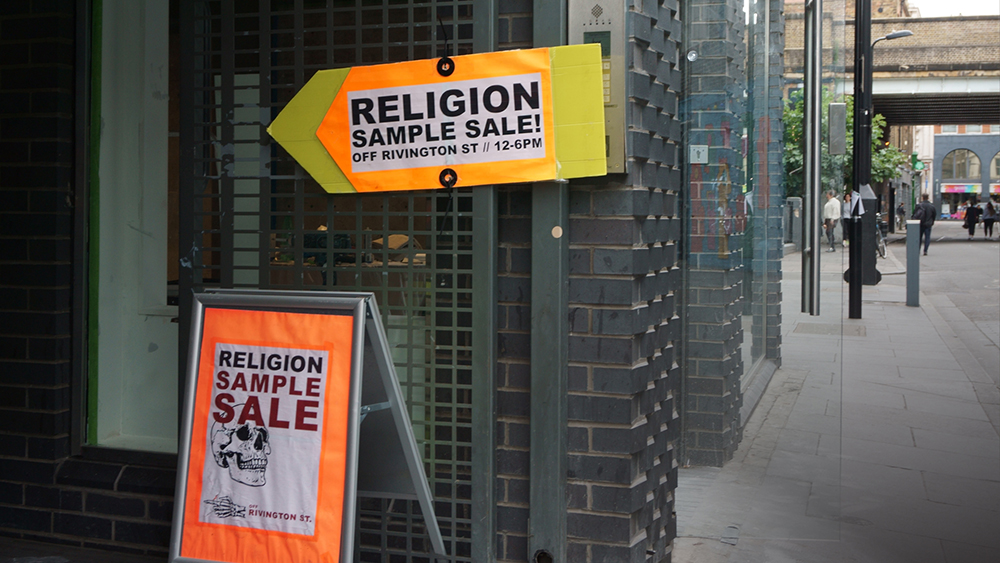 ‘All Religions are the Same!’
By Dr. Robert Stewart

An objection often heard today is the charge that “all religions are basically the same.” Lurking behind this charge is the idea that no religion should be singled out as “true” while claiming that other religions are “not true.” To do so would be intolerant, they say.

The idea is that if all religions are the same, then no one religion is better than another. All would have to be accepted (or tolerated), or all rejected.

But is this true? Is it true that all religions are alike? A closer look at religion shows something different.

‘All Religions are Alike’

You might think that all religions worship a god, but that’s wrong. Or that all religions have holy books, or believe in an afterlife, a soul, or even hold to an ethical code to live by. But none of these is true for every religion in the world. While there are recognizable family resemblances between religions, no single trait is required of any religion in order to be a religion.

‘All Religions have the Same Core Beliefs’

Furthermore, this requires reducing primary beliefs to secondary beliefs. Consider, as a case in point, two of the world’s largest and most significant religions: Christianity and Islam. The Christian doctrine of the Trinity is certainly a core doctrine for Christians—it’s not Christianity if it’s not Trinitarian. But the doctrine of the Trinity is anathema to the Muslim. And consider this: while both Christianity and Islam teach that God exists, most forms of Buddhism hold that God does not exist. Clearly, it is not true that all religions teach the same core doctrines.

‘All Religions are Valid Ways of Describing Reality’

Some assert that all religions are legitimate, though incomplete, ways to talk about reality. A frequent analogy used is that of the blind men describing an elephant. The story used is that six blind men are asked to describe an elephant after touching it. Here is what they conclude:

The point of the story is supposed to be that each blind man is correct in part. But in order for the story to make any sense at all, one has to understand what an elephant is like in its entirety. In other words, one has to affirm the very thing that the story denies. The story is supposed to prove that nobody has a comprehensive or “God’s-eye” view of reality, but it depends upon a comprehensive view of reality, at least so far as an elephant is concerned.

Furthermore, analogies, like the blind men and the elephant, depend upon the two things that relate to one another being sufficiently alike (in this case and elephant and God, or the whole of reality). Is an elephant really sufficiently like God? I for one am extremely doubtful that such is the case.

‘All Religions have Some Truth’

This is true––there is some truth in all religions. No religion that was false in everything that it affirmed could possibly be taken seriously by anyone.

Christianity, however, does not teach that all other religions are entirely false, but rather that Jesus is the only Savior and that all people need saving. Christianity also teaches that all God’s word is true, but that’s not the same as saying no other religion is right about anything! The question is not whether there is “some truth” in other religions; it’s whether or not there is “saving truth” in anyone other than Jesus.

But there is another question that must be considered and answered: “Is any other religious figure equal to Jesus?” Not according to Jesus. Jesus said in John 14:6 that He was the way, the truth, and the life, and that no one could come to the Father but by Him. The important thing to note here is not only that Jesus claims to be a Savior but that He claims to be the only Savior. This sets Jesus apart.

Dr. Robert Stewart is professor of philosophy and theology and the Greer-Heard Chair of Faith and Culture. He directs the NOBTS Apologetics program.