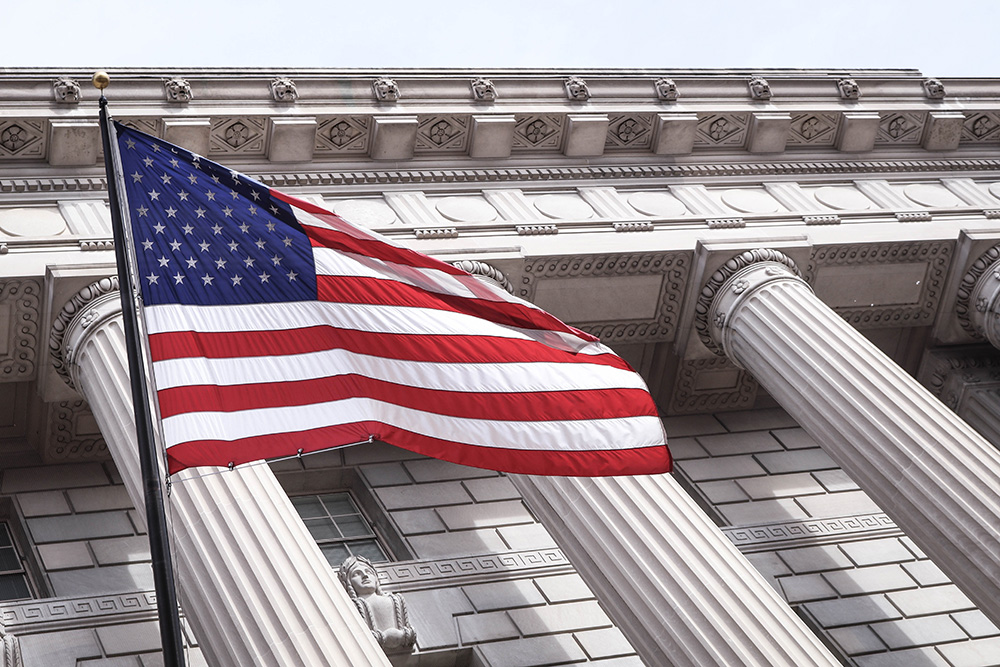 5 Obligations to ‘Caesar’ in a Polarized Culture
By Dr. Lloyd Harsch

We are days away from a presidential election. Early voting in Louisiana began October 16. Political attack ads are flying right and left. Some are based in fact. Many are filled with innuendo. A handful are outright lies.

Political ambushes are nothing new. Even Jesus was subjected to these kinds of tactics. Several times his critics tried to discredit him by posing a no-win question. The most notable of these attempts was when sworn enemies, the Pharisees and the Herodians joined forces to trap Jesus about paying taxes.

Jesus’ well-known answer was masterful. “Render unto Caesar the things that are Caesar’s and unto God the things that are God’s” (Matthew 22:21). He avoided the trap. And in the process challenges us to balance the tension between the legitimate role of government and our allegiance to God.

What do we as Christians owe to Caesar (our government)?

First, we must follow the laws of the land. Our laws defend freedom and restrain evil. This is God’s plan for government. “Submit yourselves for the Lord’s sake to every authority instituted among men; whether to the king, as the supreme authority or to governors, who are sent by him to punish those who do wrong and to commend those who do right” (I Peter 2:13-14).

Another responsibility we have to Caesar is to pray for our government officials. “I urge, then, first of all, that requests, prayers, intercession and thanksgiving be made for everyone—for kings and all those in authority …” (1 Timothy 2:1). Our leaders are in desperate need of God’s wisdom and guidance. We need to pray that they have hearts open to truth and wise advisors. If you want to pray for Louisiana’s legislators, participate with Project 219 (for more information, go to www.faith-publicsquare.org).

As Christians, we also show respect for our leaders. “Show proper respect for everyone” (1 Peter 2:13). As Christians, we are called to a higher standard in our political activity. The manner in which we do politics is as important as the issues which inspire us to political involvement. Belittling and petty comments and nicknames for politicians should be avoided. While a great play on words may be satisfying to the ear, many of these nicknames do not show respect for our leaders.

Our political discourse should be above reproach. “Do not let any unwholesome talk come out of your mouths, but only what is helpful for building others up according to their needs, that it may benefit those who listen” (Ephesians 4:29). The word “unwholesome” literally means “putrid, fetid, rotting.” This is true if for no other reason than it demeans the office, even if the holder of that office demeans it by his or her actions.

Finally, because our form of government allows us to elect our leaders, we owe Caesar our political participation by voting. Fellow Americans of all political stripes have served, bled, and died to secure and maintain that freedom. Every citizen who votes honors their sacrifice.

Our country seems increasingly polarized. Debates become shouting matches. Health concerns due to COVID-19 abound and the direction of the Supreme Court is in the balance. If Christians do not take the time to vote, then we bear the direct responsibility, through our inaction, for the persons elected to government and the content of the laws they pass.

We may not like the choices before us, but they are the ones that we have. Examine the candidates and their positions on the issues, or talk to a trusted friend for advice about them. Compare those positions with a biblical perspective and vote your conscience.

Our country gives us the privilege of charting our political course. We need to add our voice to the political discourse. In doing so, we honor both God and Caesar.

Dr. Lloyd Harsch is Professor of Church History and Baptist Studies, the Chair for the Division of Theological and Historical Studies, and Director of the Institute for Faith and the Public Square at NOBTS.