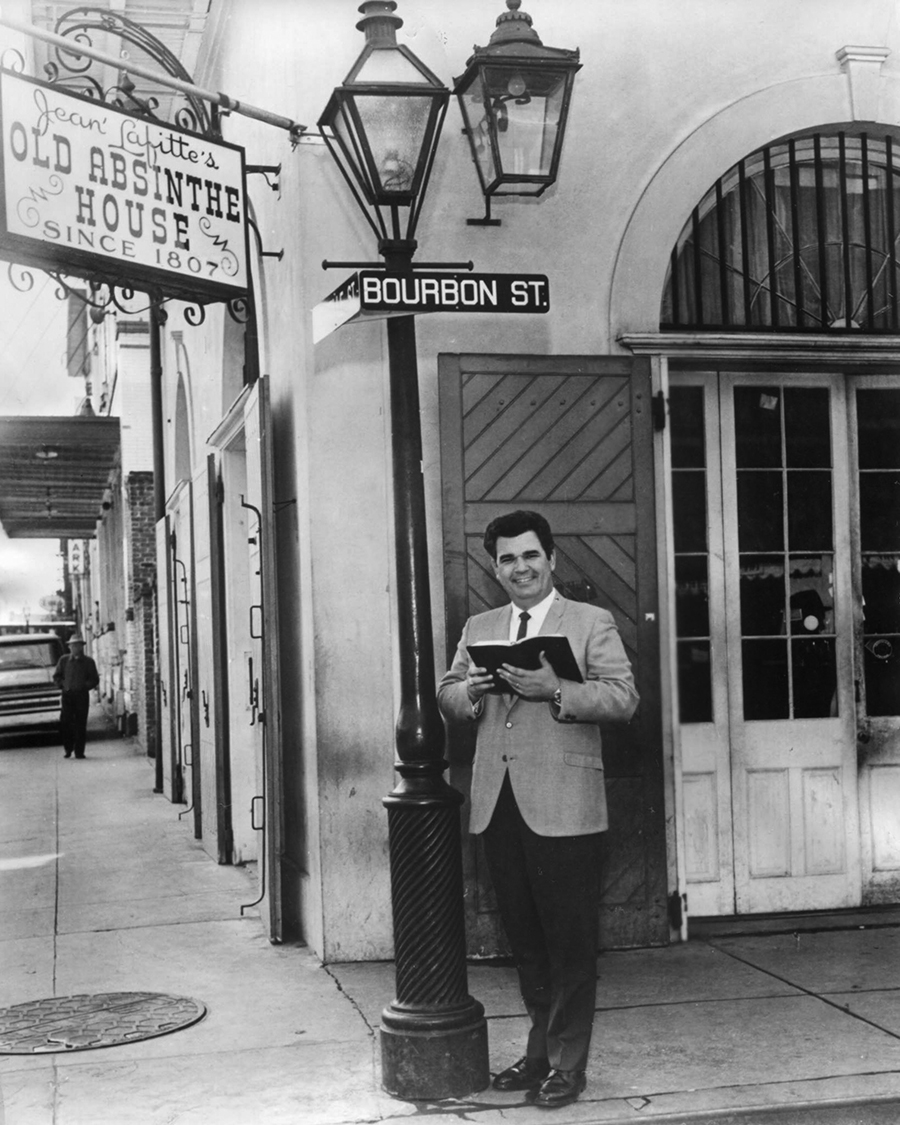 Bob Harrington, 'Chaplain of Bourbon Street' dies at 89
By Staff

Famed New Orleans evangelist Bob Harrington, known by many as “the Chaplain of Bourbon Street,” passed away of kidney failure on July 4 in Stigler, Okla., where he had lived the last seven years with family. He was 89.

Harrington became a well-known evangelist during the 1960s and 1970s following his conversion to Christianity at age 30 in his hometown of Sweet Water, Ala. He was a popular guest on national television shows including Phil Donahue, Merv Griffin and The Tonight Show due to his one-liners and unconventional religious wit. In the 1970’s, Bob met famed atheist Madalyn Murray O’Hair. The two could not be more polar opposite people. “Yes, many may say Madalyn knows the scriptures better than I do, but I know the author,” said Harrington. The unlikely duo toured 38 cities debating the existence of God.

Harrington’s eight-day crusades, first held in tents and later high school stadiums and convention centers, produced thousands of converts. In 1960, after only a few years of preaching throughout the South on flatbed trailers and in tents, Harrington moved to New Orleans Baptist Theological Seminary with his wife Joyce, and daughters, Rhonda and Mitzi.

During his time in seminary, Harrington served as assistant pastor First Baptist Church of New Orleans with J.D. Grey and continued his ministry as an itinerant evangelist. In a chapel service, NOBTS President Leo Edleman said, “Wherever there is a pocket of sin, there is a mission field, and the nearest Christian to it is a missionary.” According to Harrington, “the nearest pocket of sin was Bourbon Street.”

Harrington immediately began a street ministry armed with a microphone and a Bible. Several months later deacons at First Baptist New Orleans loaned him enough money for a few months’ rent to open a chapel on Bourbon Street in the heart of the French Quarter. Harrington began witnessing and preaching in the bars and strip clubs of Bourbon Street.

And in 1962, Mayor Victor Schiro proclaimed him “The Chaplain of Bourbon Street.”

Harrington’s street ministry message was bold and simple. “God loves you just as you are. He knows you are a sinner and wants to save you. Don’t figure it out. Faith it out!”

In 1968, Bob held a revival at Castle Hills Baptist Church in San Antonio, Texas. During the revival, the owners of a burlesque club attended an evening service and became Christians. Guy and Evelyn Linton immediately closed the club along with four others and posted a sign, “Closed forever. See you in church.”

Before long his unorthodox story reached Doubleday Publishing Company. “The Chaplain of Bourbon Street,” written by Bob Harrington with Walter Wagner, was published in 1969. Harrington went on to publish seven more books and released more than 30 record albums.

The sermon album “Laughter, Truth and Music” was released in 1965 and Harrington was presented a gold album for more than one million dollars in sales worldwide. Later he received a second gold album for “Chaplain of Bourbon Street,” a recording of his first television show.

His legacy includes invigorating the Christian community with his signature slogan, “It’s fun being saved.”

The “devil threw me a pass and I caught it and ran for defeat,” the contrite minister had said of his years out of the ministry.

In the 2000 November issue of SBC LIFE, Harrington shared about his past struggles in the article entitled, [URL=http://www.sbclife.net/articles/2000/11/sla6]“Chastened Chaplain: A forthright account of failure and renewal.”[/URL] In the article, he referred to the “pass” that Satan threw the evangelist during the height of his success as “pride, arrogance, self-centeredness and stubbornness.”

His first marriage ended as well as his ministry on Bourbon Street in 1977. He married again and moved to Florida, but later divorced. During the 1980s and 1990s, Harrington was a popular motivational speaker primarily with car dealerships and real estate companies.

One evening in 1995 in his hotel room, he was robbed and nearly beaten to death.

Harrington had said it was during that time “the phone rang and it was Rex Humbard (long-time pastor of the Cathedral of Tomorrow in Akron, Ohio, where Harrington had preached many times), my old friend. He said it was time for me to come back to the Lord and I did.”

After divorce and bankruptcy, Harrington recalled being at the bottom which “is right where God can use you!” Harrington began a restoration period and moved back to New Orleans.

In 1998, Bob married Rebecca Harris Birdwell and moved to Mansfield, Texas, where he continued preaching. Rebecca died of a heart attack in 2010.

That same year, Bob moved to be near his younger daughter, Mitzi Woodson, and her husband Steve in Stigler, Okla. He faithfully attended the First Baptist Church in Stigler.

He was preceded in death by his wife, Rebecca Harris Harrington; parents Robert Coleman and Ludie Shoultz Harrington, both United Methodist ministers; one brother, Jerry Hill Harrington of Thomasville, Ala.; and one son, Robert Grey Harrington.