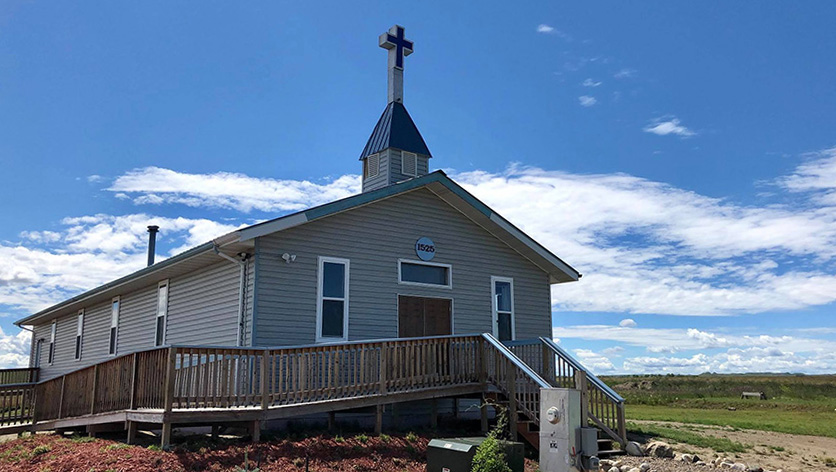 The Dakota Badlands, a barren stretch of land once described as “a place with a long list of secrets,” doesn’t typically receive top billing as a destination vacation.

But for Chuck Kelley, president of New Orleans Baptist Theological Seminary, and his wife, Rhonda, their trek across North and South Dakota this summer is one they wished they had taken sooner. This year, their vacation was more than a vacation.

Dubbing it the “Great Dakota Adventure,” the Kelleys set out to find and encourage church planters and their wives serving in out-of-the-way places. As they shared a meal, the Kelleys heard stories of trial and difficulty, blessing and God’s faithfulness, as church planters told of what God is doing in the Dakotas.

The Kelleys came away inspired. 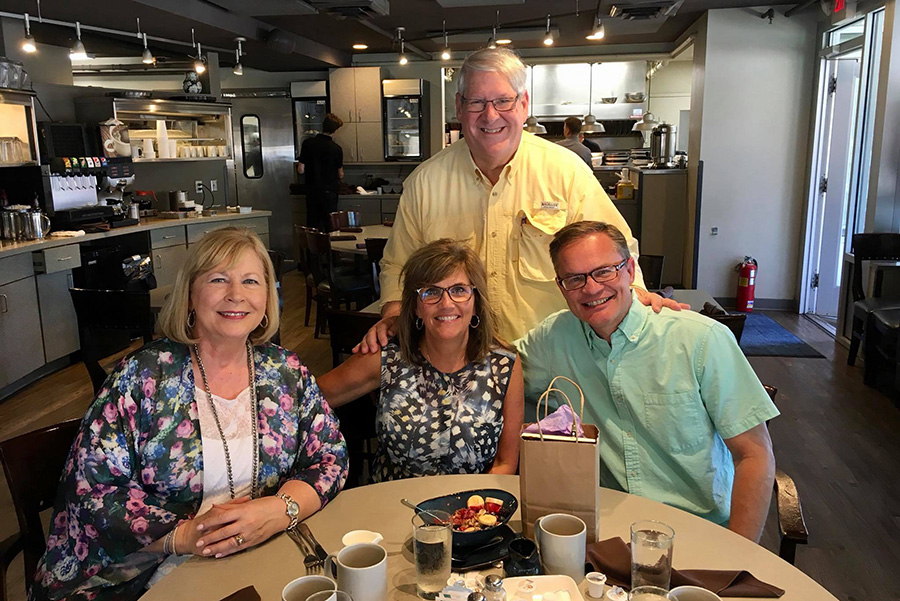 “These are heroes of the faith,” Chuck Kelley said of the new friends they made. “They are giants.”

Taking their cue from the NOBTS Centennial challenge to go on a mission trip this year, the Kelleys decided on a mission trip-vacation, combining encouraging church planters with gifts and a listening ear with Chuck Kelley’s goal to visit all 50 U.S. states. The trip allowed him to visit states 49 and 50.

People are scarce in the Dakotas, a landmass equal to Louisiana, Alabama, and Georgia combined. One six-hour drive took the Kelleys through a scant five communities and past “only one McDonald’s,” Chuck Kelley quipped.

Baptists are even harder to find.

When Pat Martin of Hot Spring, S.D., wife of church planter Bill Martin, received the phone call saying the Kelleys wanted to treat them to lunch, she fought back tears.

“For a moment, I was stunned,” Martin said. “We’re a very small church, so it was very unexpected. Visiting with them was encouraging.”

A convention of 90 churches spread across six associations, the closest sister Baptist church might be an hour’s drive away. Rugged country and long, hard winters that drag on into spring add to a church planter’s sense of isolation.

“When someone in the Kelleys’ position goes out of their way, on vacation, to spend time with a pastor and his wife, it really helps,” said Garvon Golden, executive-director of the Dakota Baptist Convention. “The Kelleys took the time to get to know them.”

For the Kelleys, the trip was a chance to see God at work in small churches.

“With the Caskey Center emphasis on small membership churches, we wanted to go to a place that was almost entirely small churches,” Chuck Kelley said. “We were not there to offer advice. We were there to encourage.”

Church planting requires innovation and a family commitment to use every part of their lives, Chuck Kelley noted.

Bill and Pat Martin put up their own money to buy a building that once had been a Mormon ward (church) and then a funeral home. After sitting empty for years, the couple bought it at auction and converted it to church and home. The side that is the family home still hints of its former identity—shelves added to an upright casket make do as a pantry.

When a local radio station came up for sale, Bill Martin saw it as an opportunity to use his college communications degree to advance the Gospel. It was also an answer to prayer. For years, the couple had saved the money from an unexpected gift as they waited on the Lord’s direction.

Station KJFP—short for King Jesus Forever Praised—now celebrates three years on air as the family, including an adult daughter, contribute to its operation.

In Sturgis, S.D., more than a half million motorcyclists gather yearly for the Sturgis Motorcycle Rally, an event in its 78th year. To gain an audience for the Gospel, the Dakota Baptist Convention, in partnership with the North American Mission Board and others, gives away a new Harley-Davidson every year. Bikers who listen to a three-minute Gospel presentation are eligible for the drawing.

The giveaway has opened many doors for the Gospel. Since starting 13 years ago, 40,000 Gospel conversations have been presented with 7,500 professions of faith.

“You can’t do things the way you are used to in the South or someplace where Baptists are strong,” Chuck Kelley said. “You must adapt and adjust.”

Long, hard winters, few people, and wide open spaces don’t sound much like New Orleans, but as the Kelleys visited with those serving in the Dakotas, a connection became clear.

“Many of them told us they came and fell in love with the place,” Rhonda Kelley said. “It reminded me of New Orleans. We have found through the years that people either love it here or hate it.”

Following God’s call to a place that is “different” describes the seminary’s founding, Chuck Kelley pointed out, as Southern Baptists decided a century ago to place a seminary in a city with few Baptists. Training pastors in a place unfamiliar to Baptists was intentional, he added, and the city became a proving ground for God’s faithfulness.

“Different can be intimidating,” Chuck Kelley said. But as church planters show, God is present in “different” places. “You find out God is there, that God sustains you and your family.”

John and Helen Lane of Watford City, N.D., have planted 31 churches in more than 20 states. In 66 years of ministry, the couple has served in every arm of ministry from collegiate to the foreign mission field. Now in his 80s, Lane must preach sitting down. Still, Lane continues to lead.

“He isn’t content with simply preaching at a little Baptist church,” Rhonda Kelley said. “He is filled with vision from the Lord.”

Vision and faithfulness don’t guarantee a life without trouble, Chuck Kelley explained, adding that each pastor shared of “at least one” major conflict within the church or discord between the church and community.

Committing without reserve and a willingness to love a place that’s ‘different’ are qualities God looks for in a church planter, Chuck Kelley noted.

“Thank God for people who answered the call, for people who love Jesus so much they are willing to leave what they know in order to go to a place they don’t know,” Chuck Kelley said. “What great servants of the Kingdom.”

Editor’s Note: Since the Kelleys’ return from their trip, station KJFP in Hot Springs, S.D. has gone off-air due to complications from a wildfire. Pray for the safety of Bill and Pat Martin and their community in this unpredictable situation.