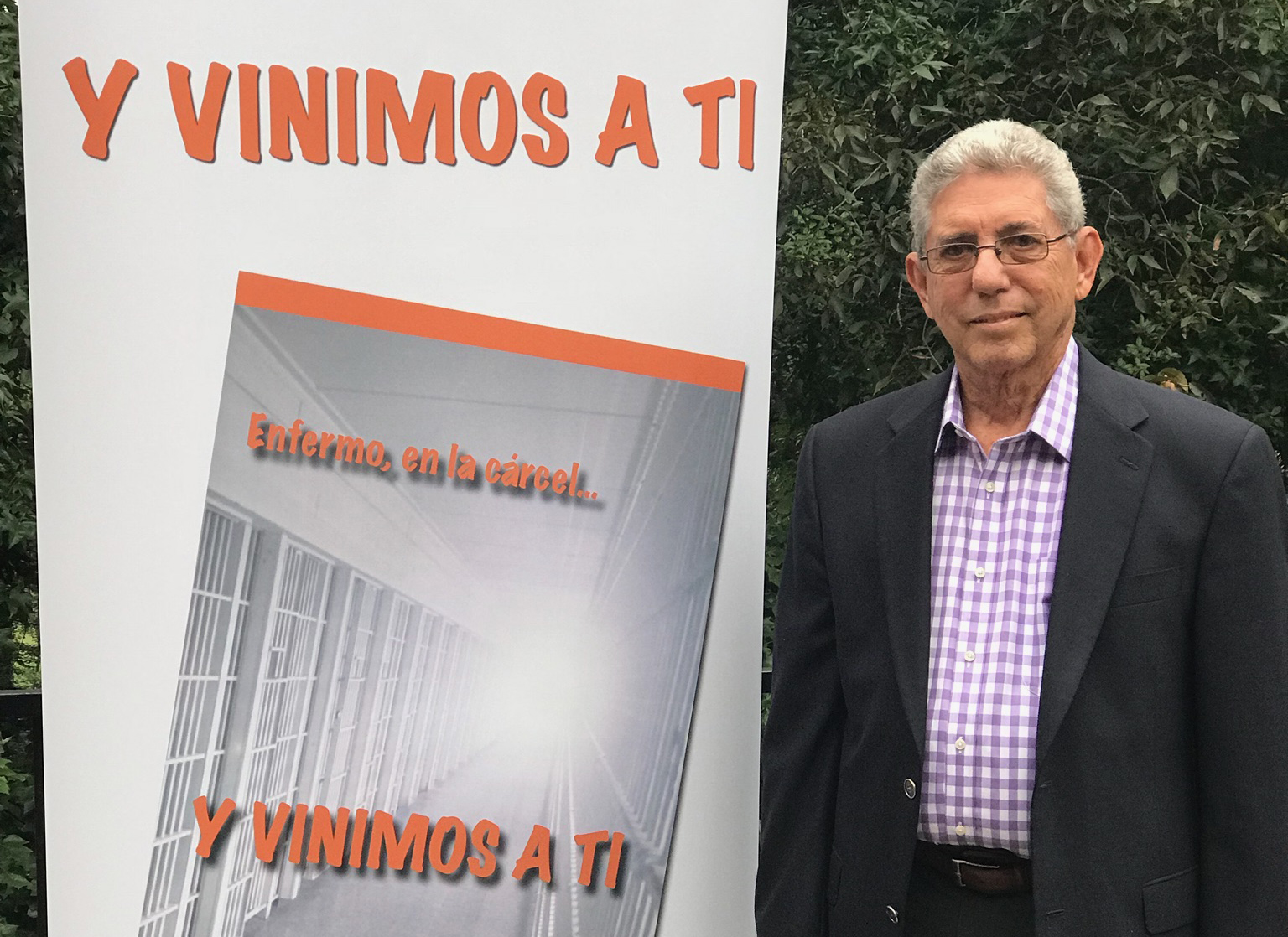 Editor’s note: The interview Pastor Millan was conducted in Spanish and reported in English to the writer.

MIAMI – Imprisoned under Fidel Castro’s regime for preaching the Gospel, Pastor Obed Millan, 76, has a faith tested by fire. Now as a prison chaplain and mentor to younger Christians, the message he passes on is one of hope.

“No matter the situation you’re in, God will always sustain his servant,” Millan says as he points to God’s faithfulness. He urges, “Do not faint in the faith.”

Millan, a long-time adjunct professor at New Orleans Baptist Theological Seminary’s Miami extension center, was one of countless pastors swept from home and pulpit in the 1960s when the Cuban people fell under the heel of the Communist Revolution. Imprisoned for “proselytism,” Millan spent two years and seven months at hard labor in an eastern Cuba “concentration camp” tending sugar cane fields on government-confiscated land.

Thirty years after his release, Millan walked into another prison as chaplain—this time in Miami—with a testimony that resonates with those in need of Christ.

Serving inside prison walls taught Millan another important lesson—God uses every experience for good. After 20 years of sharing his story and ministering to both men and women prisoners, Millan, with wife Gladys, have seen hundreds come to faith in Christ.

In the classroom, Millan helped focus students’ attention beyond “making a grade” to being prepared for ministry, even ministry that comes with a cost.

Early on Sunday mornings, children from across town followed Millan on foot to worship services at his Havana church. As they walked, the children sang songs about Jesus as they passed the office of the Union of Young Communists.

The time was dangerous and in one night in a previous incident in 1965, 53 Christians were arrested, including Home Mission Board missionaries David Fite and Herbert Caudill, Fite’s father-in-law. The charges were “trafficking in foreign currency” and “ideological diversion,” according to a Baptist Press article, Dec. 2, 2016.

“I preach the Gospel,” the 24-year-old Millan admitted to officials. “If that’s what you’re accusing me of, then I’m guilty.”

Millan’s arrest led to a detainment in eastern Cuba and a separation from his wife and family of more than 350 miles. Soon, God reassured Millan He was watching.

The driver of the prisoner transport bus taking Millan far from family was high on marijuana, and Millan began to pray. Minutes later, the bus, though new, broke down and a different bus and a different driver were brought in to complete their journey.

The incident showed Millan that God was with him. “I felt God was fighting for me,” Millan explained.

As Millan shared Christ in prison, the revolutionary authorities moved him from one prison section to another. Each time became a fresh opportunity to speak about Christ.

One day, a high-ranking guard challenged Millan, calling out to him by his prison number. “107,” the guard mocked. “Where is God?”

Though exhausted from hard labor and poor nutrition, Millan ripped open his shirt and pounded on his chest. “Here,” Millan replied. “God is in my heart.”

Without a word, the guard turned away, returning minutes later with a machete in hand. As all watched, the guard took his place at Millan’s side to cut sugar cane and help Millan reach his work quota for the day.

Though pastors were imprisoned and Communist “spies” had infiltrated the churches, the Cuban congregations continued to worship. Women took on leadership roles and carried on the ministry. For Gladys, some women in the church took turns staying with her and her child at night, for support.

As seminary students found themselves also “marked” and unable to get jobs, the women collected money to buy the students food. Believers from the rural areas brought vegetables to share with the students, as well.

After his release from prison, Millan served 12 more years as a pastor in Cuba, even as government spies, inside the church and out, continued to watch.

Wherever Millan preaches or teaches, his message to believers remains the same: Persevere in the faith and do with “all your might” whatever task God brings. Memorize scripture, he urges, because the day may come when written copies of God’s word will be taken.

“Satan cannot win,” Millan reminds believers. “Everything that opposes the work of God is useless. It will fail.”

Margaret Fite, wife of jailed David Fite, reported to Baptist Press in the Dec. 2, 2016 article that “not one single church failed to have its worship service” following the evening of the arrests of 53 pastors and that the pulpit was filled in each. Fite was released after 42 months in prison.

Dr. William Warren, NOBTS professor of New Testament and Greek and former IMB missionary to Columbia, is a frequent visiting professor at the Cuban Baptist seminary in Santiago.

“Almost all Cuban pastors were rounded up in the mid-60s and taken to work camps, a type of forced-labor prison, for a period of about three years,” Warren said. “Some pastors were in more specific prison settings, and some spent a long number of years in prison.”

Rather than stopping the Cuban church, persecution strengthened it, Warren noted.

As Millan challenges believers to be faithful through the trials of life, he points out that God’s character is the anchor through the storm.

When asked what he learned about God through his difficult prison days, Millan replied simply, “God is good.”