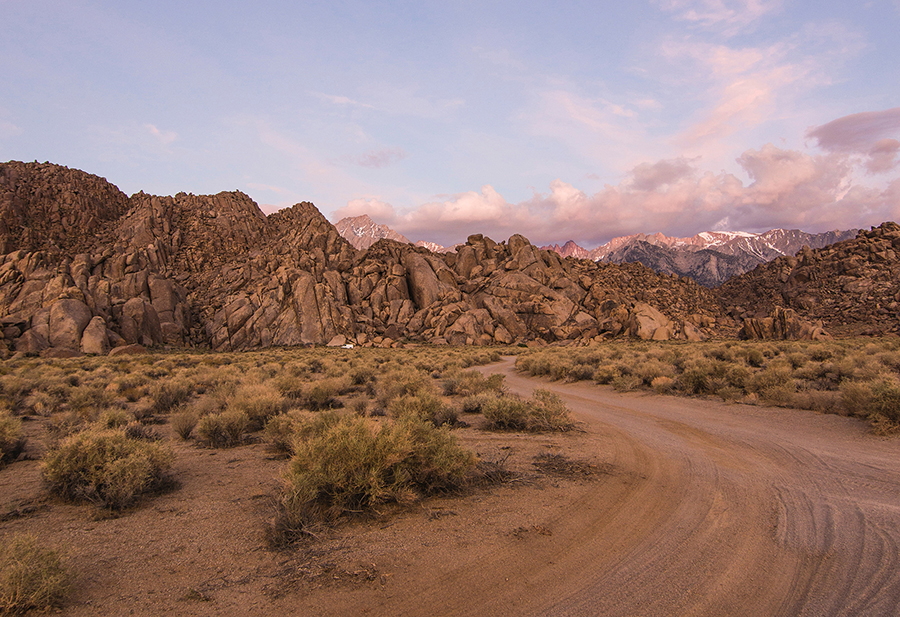 Inside a Polygamist Camp: NOBTS students build bridges for the Gospel
By Marilyn Stewart

"It was odd watching a 16-year-old get married,” Rachel Schwartz said after attending the wedding of a couple from a Mormon polygamist group*.

Down the aisle past an admiring crowd, the bride had floated in on a cloud of shimmering white to take her place beside her waiting groom. As attendants stood faithfully by, the justice of the peace pronounced them husband and wife, and at the reception that followed, upbeat music added to the festive air.

But underneath the wedding pomp lay a deeper layer of secrecy most never see.

“To an outsider, it seemed like any other wedding,” Schwartz said. Missing, though, was the celebration of family relations that often take center stage at a wedding, Schwartz explained, adding, “Everything’s a secret.”

Schwartz and friend Katherine Rodgers, both New Orleans Baptist Theological Seminary students, attended the event in Nevada earlier this year at the invitation of the 19-year-old groom, Mike.* A first marriage for the groom, the ceremony took place at a wedding venue in town, miles from the compound.

With the wedding invitation came arrangements for Schwartz and Rodgers to stay overnight at the compound. The chance to visit in the homes of practicing polygamists and share the Gospel—an opportunity few believers ever receive—was one the young women couldn’t pass up.

Though the visit helped forge relationships, Rodgers received a cooler reception when she returned four months later for the wedding of different young groom, Steve*—also age 19.

“The dynamic was different,” Rodgers explained. “I was not wanted.”

Sandra Tanner, co-founder of the evangelical ministry Utah Lighthouse and great, great granddaughter of Brigham Young, has ministered to men and women coming out of polygamy.

“The outside world is seen as an enemy of God’s people,” Tanner explained. “Most of these women were probably born and raised in these insular societies and have not experienced life outside of their group.”

Schwartz and Rodgers met the young Mormon grooms while doing evangelistic outreach outside the Mormon Miracle Pageant in Manti, Utah. The pageant draws tens of thousands annually and tells the story of the Book of Mormon, a book Mormons consider scripture.

Because Mike is the son of his father’s third wife in a polygamous marriage, Mike’s father received no special honor or position as father-of-the-groom at the wedding but instead posed as wedding photographer.

As Schwartz and Rodgers mingled among wedding guests, they asked about their families. “How many wives a man had was something the others wouldn’t tell us,” Schwartz said. “They’d say, ‘That’s his business’ or ‘You have to ask him.’”

When a co-worker asked Mike if he knew anything about “that polygamist group” outside of town, he pretended to know nothing, Mike once confided to Schwartz. Schwartz explained, “He would lie to keep their lifestyle and compound secret.”

As NOBTS students and volunteers with the evangelical ministry Watchman Fellowship, Arlington, Texas, shared the Gospel outside the Manti pageant, Mike and Steve were on a mission of their own. The young men from the polygamist compound urged members of the mainstream Mormon church—The Church of Jesus Christ of Latter-day Saints (LDS)—to heed Joseph Smith’s teaching on salvation and follow its requirement of polygamy.

“Modern polygamous Mormon splinter groups gain their converts almost exclusively from the Church of Jesus Christ of Latter-day Saints, the ‘mainstream’ Mormon church that halted the practice of polygamy in 1890,” Walker said. “To make their case with traditional Mormons, the polygamous sects often point to the example of Church founder Joseph Smith, who had over 30 wives.”

Founding Mormon leaders taught that polygamy was essential for salvation and exaltation to godhood, Walker explained. Walker noted that Brigham Young, Smith’s successor, wrote, “The only men who become Gods, even the Sons of God, are those who enter into polygamy.”

A well-known passage in Mormon scripture regarding marriage and polygamy—Doctrine and Covenants 132—states the marriage according to Mormon temple ritual is required for godhood; verse 20 reads, “Then shall they be gods.”

Polygamists argue that if Smith and Young were true prophets then Mormons should follow their teachings today, Walker said.

“That logic is apparently compelling to a growing number of mainstream Mormons who are becoming polygamists—often in secret,” Walker said.

While “on his mission” in Utah, Steve received word to return home quickly.

“Steve told me, ‘I hope it’s not to get married,’” Rodgers recounted, adding that Steve was married the next day after returning home. Unlike Mike’s wedding, Steve’s wedding took place at the compound.

“The bride was having doubts about the group,” Rodgers explained. “He needed to marry her so that she wouldn’t leave.”

In the documentary “Lifting the Veil of Polygamy,” produced by Sacred Groves Media, former polygamist Mary Mackert tells of being whisked from her home at age 17 to marry a 50-year-old man whom she “barely knew.” On the way to meet her groom, Mackert said she begged God to take her life, praying “I’d rather die.”

Tanner, appearing also in the documentary, pointed to Joseph Smith’s practice of marrying women already married. Of Smith’s more than thirty wives, “at least nine or so were women who had living husbands,” Tanner said.

Down dirt roads and off the beaten path, the high-desert compound is isolated from neighbors. Mobile homes dot the barren acreage of land where each “sister wife” lives with her children, separate from the others. How much time each sister wife spends with the husband is determined by the first wife, Schwartz said.

For sister wives that get along, the marriage arrangement can provide social support, Tanner said, but happiness is a different matter.

“The women are told they are responsible for making their own happiness,” Tanner said. “They are told that if they aren’t happy it is their fault.”

Eternal security for women comes from being married to a faithful Mormon man, a “priesthood holder,” Tanner explained. In Mormonism, men faithful to Mormon doctrine and teachings are considered “priests.”

“Polygamists believe polygamy is commanded; they consider it ‘dying to themselves,’” Schwartz pointed out. “They think plural marriage is how they are refined and made to be like Christ.”

On Sunday, Schwartz and Rodgers attended church with their hosts. At the portion of the service for women, the scene became “uncomfortable” when tension between two sister wives gave way to open disagreement, Schwartz said.

The parent-child relationship is also complicated, Schwartz said. One young man, a son of the group’s “prophet” and decades younger than his polygamist father, confided to Schwartz some regret at not knowing his father well.

“He said he didn’t really have a relationship with his father,” Schwartz said. “But, ‘it’s okay’ because the father is ‘doing the work of the Lord.’”

Fear keeps many from leaving the only life they know.

“The women have usually led somewhat sheltered lives where they were constantly indoctrinated that they are part of God’s only true church,” Tanner said. “If they leave, they will go straight to hell.”

The desire to please God and the belief that Jesus also was a polygamist holds sway over polygamists’ lives.

Mike’s wedding came on Easter Sunday weekend, but at church, Jesus’ resurrection was not the topic of discussion. Instead, members told what they admired about Jesus, Schwartz said. One woman said she admired Jesus “for taking time away from his wives and children to do the Lord’s work,” Schwartz recounted.

“It’s one thing to hear that they believe Jesus was a polygamist by reading it somewhere,” Schwartz said. “It’s another to hear them discuss it in front of children and say, ‘Well, if Jesus did it, then I have to do it.’”

When one woman realized Schwartz was of Jewish ethnicity, she urged her to do her genealogy to see if she had “some blood of Christ” in her, Schwartz said.

Estimates vary, but the number of practicing polygamists in the United States today is often placed between 50,000 to 100,000. Some are led by “prophets’; those without a prophet are considered “independent.”

While fear of eternal damnation or fear of losing children or family members may keep women tied to polygamy, a different dynamic is in play for the men.

Invited into a polygamist’s home for Easter Sunday lunch, the young women shared the Gospel with the husband. There is “some pride” in polygamy, Rodgers explained, and the number of wives a man impacts his standing in the group. While men do leave polygamy, a worldview collapse must take place first, Rodgers said.

“It takes a lot for a man to leave,” Rodgers said. “His foundation would have to be shattered.”

*Names have been changed or omitted.