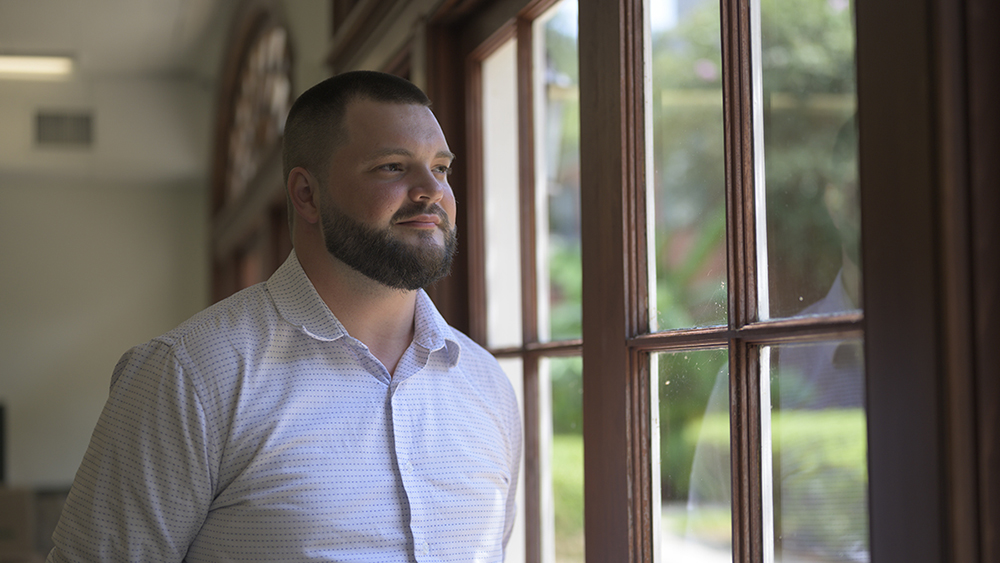 Shanon Snyder: Addressing the abortion issue outside the clinic, inside the church
By Marilyn Stewart

Shanon Snyder prays outside the abortion clinic as a car pulls into the parking lot. The woman in the vest that reads “Escort” rushes out to meet it.

The escort has one job – get the “client” inside before Snyder, or anyone with him, can engage her.

Snyder, a master of divinity student in Christian thought at New Orleans Baptist Theological Seminary, isn’t at the clinic to protest. He’s there to minister. Outside the abortion clinic, the situation is triage, and like other mercy ministries, the most immediate needs must be met first.

“The difficulty is, it’s like trying to defuse a bomb,” Snyder said. “The situation around the facility is extremely tense. You listen, because it is a counseling situation.”

Audience Bigger than One

“Fight or flight” is one emotion among many that a woman in a crisis pregnancy may feel, Snyder knows. In that moment, a woman’s emotions may be at war with each other.

Once, a woman approached Snyder and told him, “I don’t want this abortion, but I need help.”

While listening and meeting physical needs is vital, ultimately only the Gospel will change a life. Southern Baptists, Snyder explained, are uniquely equipped to offer both.

“We have the opportunity as evangelicals and as Baptists to approach this in a way that hits on all those broken points and to do so compassionately, thoughtfully, and in a way that is effective and efficient,” Snyder said. “And in a way that others just can’t address.”

Snyder trains believers to incorporate the Gospel as they engage people in the potentially volatile situation. He reminds them that the audience is always bigger than one – someone else is always listening in.

“You’re speaking to everyone and everyone’s spiritual needs,” Snyder said. “The escorts, the guards, the mother, the people there with you — all of them.”

Snyder first joined the pro-life movement as a student at the University of Mobile, an experience that proved to be an eye-opener.

Located across the street from the abortion clinic was a Chuck E. Cheese, a restaurant whose motto is “Where a kid can be a kid.” The irony was striking.

Those complicit in abortion are found not only at abortion clinics or in politically liberal circles, Snyder explained. “They sit in church pews.”

The church is the right place to address the issue and offer truth and forgiveness, Snyder insists.

“Everyone knows someone who has had an abortion, whether they realize it or not,” Snyder said. “This is not a Catholic issue. It’s not a Republican issue. It’s a biblical issue.”

Snyder feels called by God to work from inside the church to lead congregations to care for women before abortion, and after, by “showing them mercy, showing them forgiveness, but showing them what the Gospel is.”

While Roman Catholics have led the way in the pro-life movement, people of all faiths and non-faiths are involved, Snyder explained. More and more, Southern Baptists are joining in a ministry that cares for women and their preborn children.

Doctrinal differences may, at times, complicate the work, but protecting the lives of those who bear God’s image is important, Snyder explained.

Studies show that most women who get an abortion have attended church at least once a year or claim to believe in God, Snyder points out. The church then is the place to start.

“There’s a woman somewhere who’s going to walk through a church door at some point who has had an abortion and who should hear the Gospel,” Snyder said. “We must be preaching the Gospel from the pulpit.”