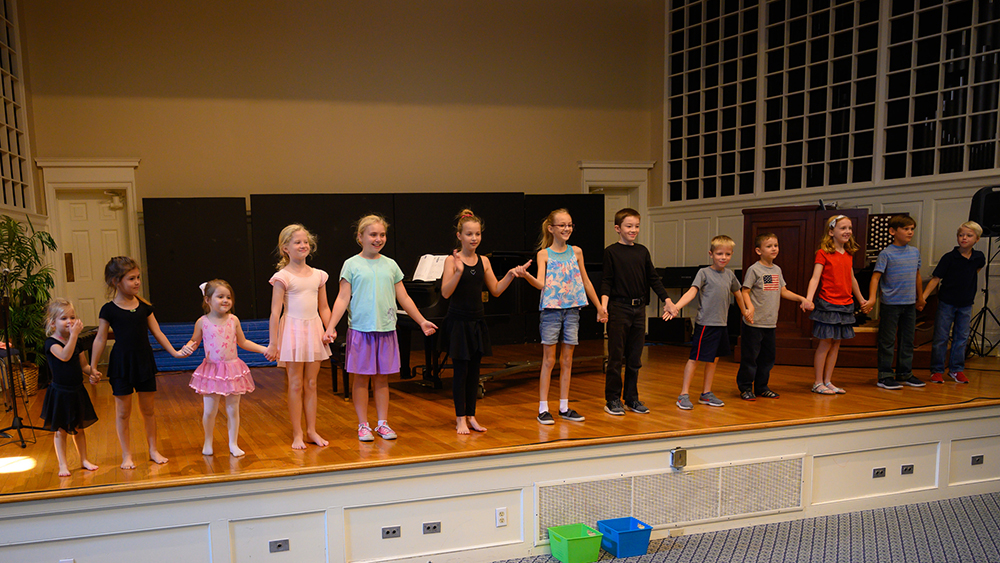 Kids have talent, too, and Lailey Akin and Katie Gill—both ten years old—decided to use their talent to raise money for missions.

“Campus Kids Got Talent” was the result as the girls rallied the children of the New Orleans Baptist Theological Seminary to put on a talent show, Oct. 5, to raise money for the Lottie Moon Christmas Offering and Operation Christmas Child.

“This was all them,” said Donna Peavey, professor of Christian Education. “These girls were the producers. They did the work.”

The talent show brought together 13 children in seven acts that included singing, a piano selection, an original skit, dancing, and a magic act.

“I’m so proud,” said Anthony Daw, father of Daniel, 11, and Rachel, 9, adding that his children pulled together their entries during an especially busy time in school.

Rachel Daw’s skit about running in school included hand-drawn props of a turtle, a snail, and a penguin. Daniel Daw’s magic trick included walking blindfolded through a maze of raw eggs.

Lailey Akin explained that the idea first came to her while eating at Chick-fil-A where the family received blank “tickets” encouraging children to use a talent for family time activities. After talking to her friend Katie Gill and their Sunday School teacher Donna Peavey, the idea for a campus-wide children’s talent show for missions came together. “They said, ‘Let’s do it!’” Lailey Akin explained.

Lailey Akin and Katie Gill enlisted children to participate and promoted the event on campus.

“I’m very proud,” said Michael Gill, Katie Gill’s father. “They put together a good show. It was all their idea.”

The event raised more than two hundred dollars. The funds will be split evenly between the Lottie Moon offering and Operation Christmas Child.