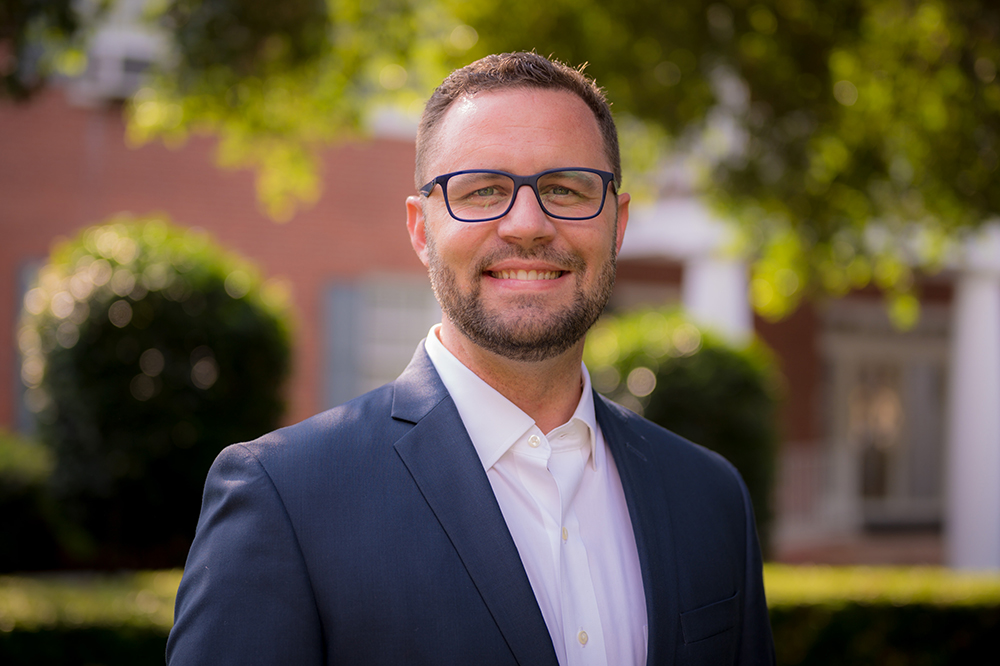 Dew comes to NOBTS from his position as vice president for undergraduate studies and distance learning at Southeastern Baptist Theological Seminary in Wake Forest, N.C.

"I'm humbled to the core of my being," Dew said in accepting the NOBTS position. "I'm going to give you everything I have. I believe we're going to have a fantastic time as we go forward together."

Trustee chairman Tony Lambert pointed to Proverbs 21:1 in announcing Dew's election, adding, "Today, we ask that this will always be true for the now president and professor of Christian philosophy," reflecting the passage's picture of "channeled water in the Lord's hand."

Frank Cox, chairman of the presidential search committee, said each of the four final candidates were excellent choices, but that the committee became convinced that God was leading them to Dew.

"There are certain times in my life when I know that God showed up," Cox said of the interview process that confirmed Dew as the nominee. "This was one of those times."

The search committee announced May 20 its unanimous decision to nominate Dew to succeed Chancellor Chuck Kelley, who retires July 31.

Dew laid out his vision for the seminary, with the Great Commission as his focus in pledging his commitment to equipping students to follow Christ and go "to all nations" sharing the Gospel and leading lives of service to others.

"I will give you everything that I am to champion New Orleans Baptist Theological Seminary," he stated.

Elected to Southeastern's faculty in 2011, Dew was named dean of the College at Southeastern in 2013; his role was expanded in 2014 to his current vice presidential position, supervising the college, all aspects of distance learning, the prison programs and the writing center. Dew also teaches and mentors SEBTS undergraduate, master's and doctoral students in his role as associate professor of philosophy and the history of ideas.

Dew is the author of four books: "Philosophy: A Christian Introduction," "God and the Problem of Evil: Five Views," "How Do We Know? An Introduction to Epistemology" and "God and Evil: The Case for God in a World Filled with Pain."

An extensive presidential search process was initiated after Chuck Kelley's October 2018 announcement that he planned to retire on July 31. Cox, chairman of the NOBTS trustee board at the time, selected a diverse committee to conduct the presidential search. Its 11 members, NOBTS noted, included male, female, Asian, African American and Caucasian members representing a wide range of backgrounds including educators, administrators, pastors, students and business leaders.

"From the outset, we heard [Dew's] passion for training ministers and missionaries who would be part of fulfilling the Great Commission," Rice said. "We were encouraged as he began to discuss an exciting vision for the future."

Married for 18 years, Dew and his wife Tara are the parents of two sets of twins -- Natalie and Nathan, 12, and Samantha and Samuel, 9. Tara Dew holds a doctor of education degree from Southeastern focusing on the preparedness of pastors' wives.

Rice said he was impressed that Dew had a clear vision for the seminary despite having "very little personal knowledge of the institution."

"It became apparent that the Lord was opening the eyes of Dr. Dew to see a bright future for our beloved New Orleans Baptist Theological Seminary," Rice said.

Cox said the committee received many nominations from Southern Baptists including three African American nominees and one Hispanic nominee. In total, he noted, the committee carefully reviewed 20 candidates.

The committee placed a high priority on church ministry experience from the beginning of the search process. Since 1996, Dew has engaged in a wide range of church ministries, including stints as youth minister, minister to adults, interim pastor and senior pastor. Dew served eight years as senior pastor of Stony Hill Baptist Church in Wake Forest, N.C., and currently serves as a care group leader, discipleship leader and AWANA leader at Open Door Church in Wake Forest.

Tony Lambert, chairman of the board of trustees, said, "I do believe our greatest days are ahead."