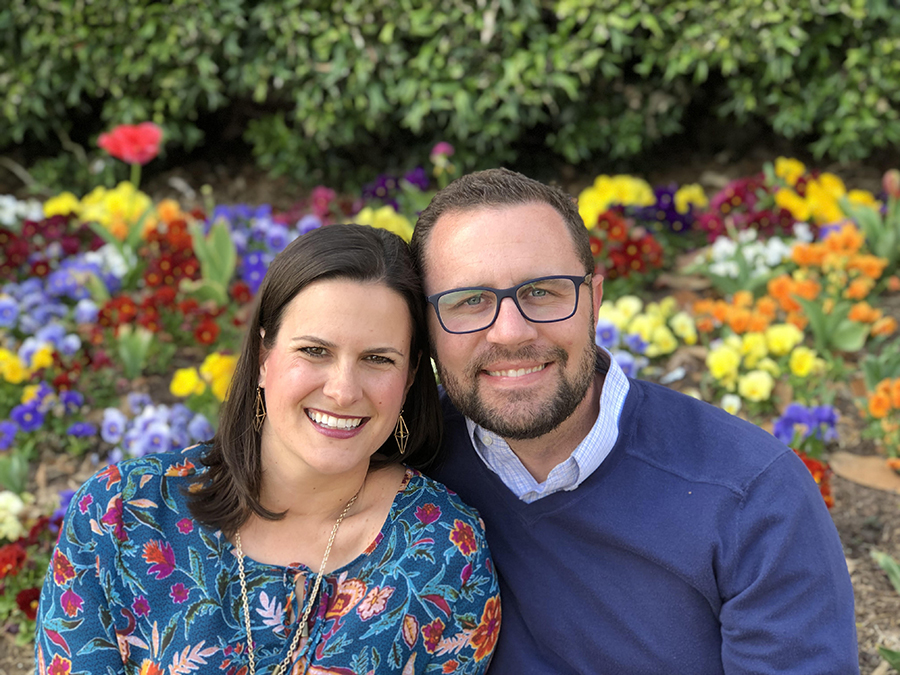 “As a committee, our focus has been to find the heart of God and the man that God has chosen for this role,” said Frank Cox, chairman of the NOBTS presidential search committee. “After much prayer and research, we have been led to unanimously nominate Dr. Jamie Dew.”

“It is our firm conviction that Dr. Dew embodies the DNA of New Orleans Baptist Theological Seminary,” Cox continued. “We believe he will make a great president and will bring out the best in the next generation of Southern Baptists.”

Cox cited Dew’s academic preparation and experience, his ministry background and his engaging personality among the top reasons the committee is recommending the 42-year-old North Carolina native for the role.

An extensive presidential search process was initiated after Chuck Kelley’s October 2018 announcement that he planned to retire on July 31, 2019. Cox, chairman of the NOBTS trustee board at the time, selected a diverse committee to conduct the presidential search. The 11-member committee included a diverse makeup of male, female, Asian, African American and Caucasians and represented a wide range of backgrounds including educators, administrators, pastors, students and business leaders.

The committee launched its efforts with a time of focused prayer in November 2018. Later, they called on Southern Baptists to nominate qualified individuals.

Cox said the committee received many nominations from Southern Baptists including three African American nominees and one Hispanic nominee. In total, the committee carefully reviewed 20 candidates.

The committee considered all the candidates equally, regardless of age or ethnicity. According to Cox, one of the four finalists for the nomination was African American and was interviewed extensively by the committee. The top candidates ranged in age from 42 to 63.

“We were impressed by all four of these candidates – they are all great men,” Cox said.

The committee felt an immediate connection with Dew during their first interview with him.

“When we sat down with him the first time, we had a God moment as a committee,” Cox said. “We realized that God had His hand on Dr. Dew. Every time we met with him, we became more convinced that he was God’s man for NOBTS.”

Dew was elected to serve on the SEBTS faculty in 2011. Since 2013 he has directed the work of the College at Southeastern and served as a member of the SEBTS president’s cabinet. From 2013 until 2014, Dew served as dean of the College at Southeastern. In 2014, Dew’s role expanded when he was named vice president for undergraduate studies and distance learning. As vice president, Dew supervises the college, all aspects of distance learning, the prison programs, and the writing center.

Dew also teaches and mentors undergraduate, master’s, and doctoral students in his role as associate professor of philosophy and the history of ideas at SEBTS.

Cox fully expects Dew to continue mentoring and engaging students even as NOBTS president. Dew will be the type of president who knows students and is accessible to them, Cox said.

The committee was impressed with the leadership Dew has exhibited during his time at Southeastern. In addition, Cox noted that Dew’s Southern Baptist roots, his commitment to his family, his academic preparation and acumen, and his ministry experience were key factors in the decision to nominate him for the NOBTS presidency.

“He has an engaging testimony of God’s wonderful grace and work in his life,” Cox said. “As Southern Baptists get to know him, they are going to be drawn to his life story.”

Cox said that Dew is a “strong family man.” Married for eighteen years, Dew and Tara, his wife, are the parents of two sets of twins – Natalie and Nathan (11), and Samantha and Samuel (8). Cox commended the Dews on the way they communicate with each other and complement each other in ministry.

Dew’s academic preparation and credentials impressed the committee. After earning undergraduate degrees from Louisburg College in Louisburg, N.C., and Toccoa Falls College in Toccoa, Ga., Dew earned a master of divinity degree in pastoral ministry and a doctor of philosophy degree in theological studies from SEBTS. In July, Dew will graduate with a second doctor of philosophy degree from the University of Birmingham in Birmingham, UK. His second Ph.D. focuses on the philosophy of the mind and philosophy of religion.

Dew is also an accomplished author, editor and researcher. His books include “How do we know? An Introduction to Epistemology,” “God and Evil,” and “God and the Problem of Evil: Five Views,” and “Philosophy: A Christian Introduction.”

Tara Dew has strong academic credentials of her own. She earned a doctor of education degree from SEBTS, writing her dissertation on the preparedness of SBC pastors’ wives for ministry. Cox noted that Tara Dew remains engaged in the training and equipping of ministers’ wives.

The committee placed a high priority on church ministry experience from the beginning of the presidential search process. Since 1996, Dew has engaged in a wide range of church ministries including stints as youth minister, minister to adults, interim pastor and senior pastor. Dew served eight years as the senior pastor of Stony Hill Baptist Church in Wake Forest, N.C., and currently services as a care group leader, discipleship leader, and AWANA leader at Open Door Church in Wake Forest.

In addition to the long list of qualifications, Cox said that Dew and his family already have developed a love for the city of New Orleans. During the Dew family’s last visit to the city, Cox said they expressed sadness about leaving and mentioned their eagerness to get involved in ministry in New Orleans.

If elected during the special-called trustee meeting on the NOBTS campus, Dew will become the school’s ninth president.