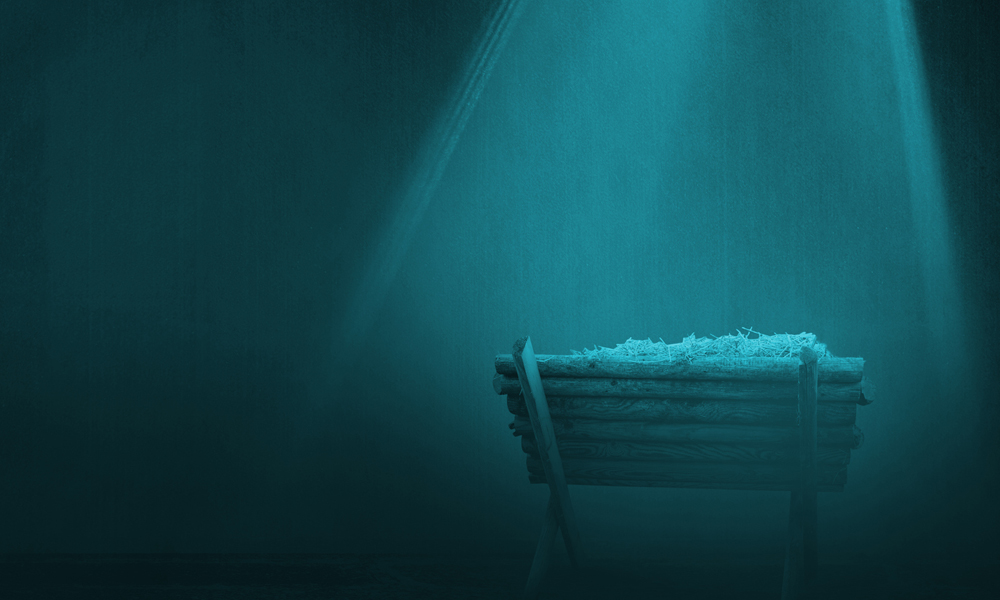 This Christmas, Remember the Incarnation
By Marilyn Stewart

Take away the lights, the glitz, and the presents, and Christmas for believers would still be a celebration. For at the heart of the season is a core and important doctrine—the Incarnation.

Adam Hughes, NOBTS dean of the chapel and director of the Adrian Rogers Center, noted that the prologue to John’s Gospel (John 1:1-18) is an “inverted funnel” directing all thoughts to the passage’s main point—that is, that Jesus is God.

“It’s about incarnation,” Hughes said. “Here’s the divine Logos, the eternal God that created it all and is the light of the world, and He gives us the right to be children of God. Ultimately, it comes to this truth—Jesus is the Word made flesh that dwells among His people.”

Noting the Old Testament significance of “tabernacle,” Hughes explained that Advent means “coming” and that Jesus came to earth and “tabernacled” among His people in order to restore the relationship between God and humankind.

Pointing also to John’s writing in Revelation 21:3, Hughes added, “And in the final consummation of history, that picture will no longer be just a spiritual reality but it will be a complete reality because of what God has done in Christ tabernacling with us.”

That is the blessing of Advent.

Everything Points to This

Jesus is the Eternal Word, the Light of men, and the Word became flesh, Hughes preaches in his Advent sermon. But Hughes’ final point is the most important—“Jesus is the One who ultimately shows us the Father.”

John’s point is made clear in verse 18, Hughes explained, that Jesus is the same substance and the same divinity as God the Father, yet is a “distinct and separate person.” Jesus revealed who God is in a way humans could understand, Hughes noted, because Jesus had a “complete human nature.”

“Yet, at the same time,” Hughes explained, “Jesus still kept the same glory as that of the Father. He still kept His preeminence and eternal nature.”

Hughes pointed to Adrian Rogers who once explained the Incarnation this way: “Jesus was as much man as if he weren’t God and as much God as if He weren’t man.”

When Hughes shares the Gospel, he is sure to tell people that their sin will be accounted for “either by you or someone else for you,” adding, “Someone can’t pay for someone else’s sin if they have their own to pay for.”

Only the sinless Jesus, Hughes stressed, can take care of the sins of others. Only Jesus could provide the eternal “fix” to humankind’s greatest problem. Hughes said, “Jesus definitively, ultimately and finally—through what Christ accomplished through the Incarnation—met the greatest need.”

The Incarnation matters, Hughes explained, because “Jesus stepped into the temporal to fix the eternal.”

In a dark world, life can be difficult, Hughes admitted, but the Incarnation should change one’s perspective. Humans have a narrow focus but God’s perspective is broad and includes all of life, history, and eternity, Hughes said. Still, the fact that Jesus came to earth shows that He cares about the struggles His people endure, Hughes explained.

“Knowing that the eternal is the most important yet Jesus stepped into the temporal should help us see His care for us,” Hughes said. “Jesus is the one true light who can overtake our darkness.”

Profound in its theological truth, the Incarnation reveals God’s nature and His glory. Yet, it is simple enough that a child can understand that it reveals the depth of God’s love.

“God Himself stepped out of heaven and became flesh just like us so that we could know what it’s like to have a relationship with Him, so that we can understand Him better,” Hughes said.

And that is something to celebrate.

Other Thoughts about the Incarnation

“Because Jesus is fully human and fully God, He is uniquely able to represent us before God and to offer a sacrifice for our sins before God … This should cause us all to stand, to kneel before God and to wonder how God has made a way for sinful men and women, like you and me, to be reconciled to relationship with Him.”   From the video “Advent: The Wonder of the Incarnation”, posted Dec. 15, 2018 at Radical.net.

“Why for heaven’s sake would God want to lower himself so as to go from being beyond and greater than all that exists, and not simply impact his own creation by his powerful presence, but rather lower himself to be part of his own creation? The risk was tremendous, the humility is overwhelming, and the result is miraculous as we see God come to us in Christ. A child is born in Bethlehem as a small defenseless baby, yet out of such a humble beginning, God reveals himself on our level as never before and brings salvation to all who respond to him.”

"Jesus is both God (really God) and man (He came to earth as really man). Thus, He is the only one who is capable of explaining or relating God to mankind in a way that mankind can grasp it. He is the only capable of restoring the relationship—that is why He is the Perfect Mediator." From his sermon, “Advent Through the Gospels,” John 1:1-18.

“This is the first and most basic point of Christmas—the eternal God and creator of the universe became a human being …  For centuries, God had been saying things like, ‘Turn away,’ ‘Don’t touch Me,’ ‘Take off your shoes, the place where you are standing is holy ground.’ Now He says, ‘See me, touch me, know me, approach me’ [1 John 1:1-13].” From his sermon, “The Meaning of Jesus’ Birth in Three Words,” John 1:1-14.

Dr. Robert Stewart, Professor of Philosophy and Theology, Director of the Institute of Christian Apologetics

"Jesus was begotten of the Holy Spirit so that we could be born again by the Spirit. Jesus stepped out of heaven and entered this world in the flesh in order that we as flesh and blood mortals could receive eternal life. No Virgin Birth, no Incarnation. No Incarnation, no Crucifixion. No Crucifixion, no Resurrection. No Resurrection, no Salvation! Praise Almighty God for the Virgin Birth and the Incarnation of Christ for if Jesus had not come in the flesh to this earth to be our Savior and Lord, we would have no hope of heaven. Thank you, Lord, for the miracle of the Virgin Birth and the Incarnation of Jesus Christ, the very heart of the Christmas story."  From his sermon, "The heart of Christmas: The Virgin Birth."