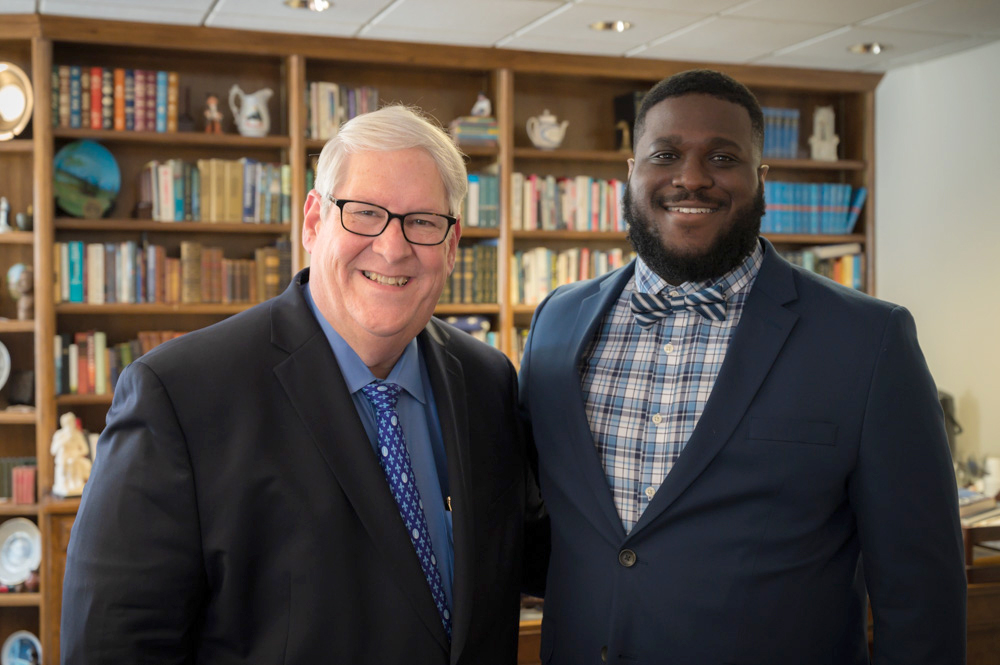 NEW ORLEANS -- Matthew Louis Hall, a student at Leavell College of New Orleans Baptist Theological Seminary, is the recipient of the 2019 Norman C. Francis Scholarship for Leadership and Service, awarded by the Louisiana Association of Independent Colleges and Universities (LAICU).

“Matthew has a vibrant personality so that he is known by all.  He has demonstrated that he is a man of integrity who is passionate about his studies,” said Thomas Strong, Dean of Leavell College.  “I am confident that God has great plans for Matthew -- he is one full of potential that is both being realized and will be realized throughout his life.”

The $3,000 award is named in honor of Norman Francis, whose 46-year tenure as president of Xavier University of New Orleans earned him the distinction of being the longest-serving college president in the nation. Francis served from 1968 to 2015.

Founded in 2014 by LAICU, the scholarship is awarded to a student of a LAICU institution who exemplifies the qualities of leadership and service as “continuously demonstrated by Dr. Norman Francis.”

With a calling to church planting, Hall hopes to serve in Portland, Ore., with wife Rebekah, as a SEND pastor with the North American Mission Board, SBC.

“Matthew rose quickly to the top of the list and was a unanimous selection,” Garrett said.

Marilyn Stewart is the assistant director of communications at NOBTS.