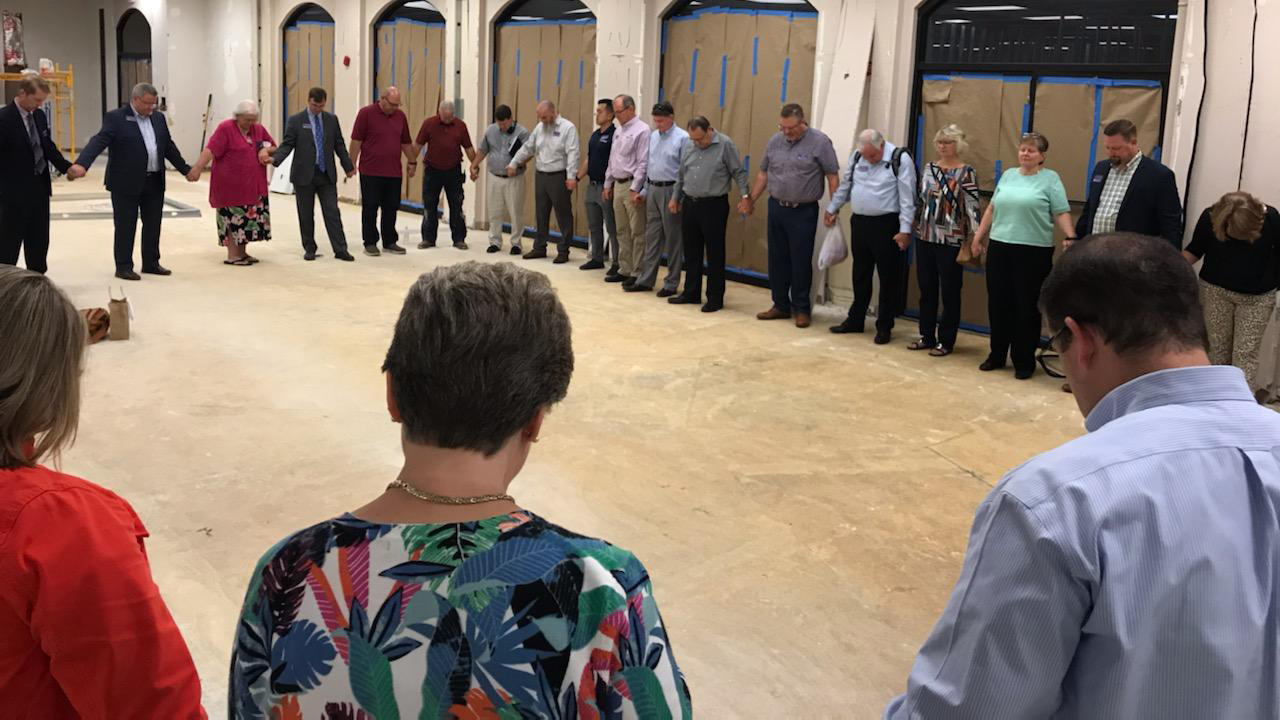 The newly approved mission statement reads, "New Orleans Baptist Theological Seminary and Leavell College prepare servants to walk with Christ, proclaim His truth, and fulfill His mission." The statement echoes the core themes of servanthood, Gospel proclamation, spiritual fervor and mission involvement that Dew has been sharing with Southern Baptists since his election as the school's ninth president in June.

"We are excited about this mission statement because it gives us clarity about what we are trying to do," Dew said. "Around this statement we will teach classes, offer programs, raise money, initiate central tasks for the institution. We think it will shape who we are very deeply."

Dew said the goal was to create a mission statement which represented the ethos and DNA of NOBTS and Leavell College. While Dew wanted the statement to be clear, compelling and memorable, he was not looking for a slogan. The new mission statement will drive the programs, activities, initiatives and even the fundraising efforts of the school, Dew said.

Expounding on the statement, Dew said he and the cabinet selected each word and phrase carefully and intentionally. They chose "servants" rather than "students" and "fulfill His mission" to encompass those who will serve existing churches, plant new churches, and carry the Gospel to the ends of the earth where churches do not yet exist, Dew said.

"Larry Lyon is a tremendous gift to this institution," Dew said. "As a faculty member, he will strengthen our ethics programs and will be a wonderful asset to our students. Larry's expertise in enrollment will be a great benefit to us."

Shoener, who has more than 20 years of experience working in the NOBTS business office, had served as interim vice president of business affairs since June 2018. Dew removed the interim label in August, citing Shoener's competency in the role during the interim, her extensive knowledge of the seminary's finances and financial systems, as well as her experience living and serving in New Orleans.

"Pattie Shoener is a wonderful leader who is deeply respected within the community and executes our strategy with great efficiency and strengthens the institution," Dew said.

During the meeting, trustee chairman Tony Lambert announced that he recently accepted a call to pastor First Baptist Church in Picayune, Miss. Due to his move from Colorado, where he pastored since 2013, to Mississippi, Lambert can no longer represent Colorado on the trustee board or serve as trustee chair. Lambert thanked the board for the opportunity to serve and expressed his excitement about Jamie Dew's vision for the school.

During a special election led by Lambert, the board elected Gary Shows, who currently serves as the interim executive pastor at Temple Baptist Church in Hattiesburg, Miss., as chairman.

Dew opened the first plenary session of the board meeting with a progress update on several of the major initiatives he launched after his election as president. The focus on Leavell College and enrollment continues to reap results, Dew said.

The renovation work in the new space for Leavell College is on schedule for a January 2020 opening, and new Leavell College branding and visual identity will be released later this month. Dew said the Leavell College leadership and dean of students office are working on new initiatives designed to enhance the on-campus experience and promote spiritual growth.

New enrollment initiatives, launched under the leadership of Lyon, are aimed at increasing both enrollment headcount and number of credit hours taken, Dew said. The initiatives are designed to help students complete their degrees in a timely manner.

In his efforts to build denominational relationships, Dew is meeting with local, state, and national SBC leaders, preaching in churches and at events across the nation, and meeting with NOBTS donors. Dew said he expects new partnerships and opportunities to develop in the near future.

"I am optimistic about where we are going and what we are doing," Dew said. "All this work is about leveraging this institution, getting it healthy and strong, so that together we can train up a generation of people that will go into the broken places in our city and around the world and minister in Christ's name."