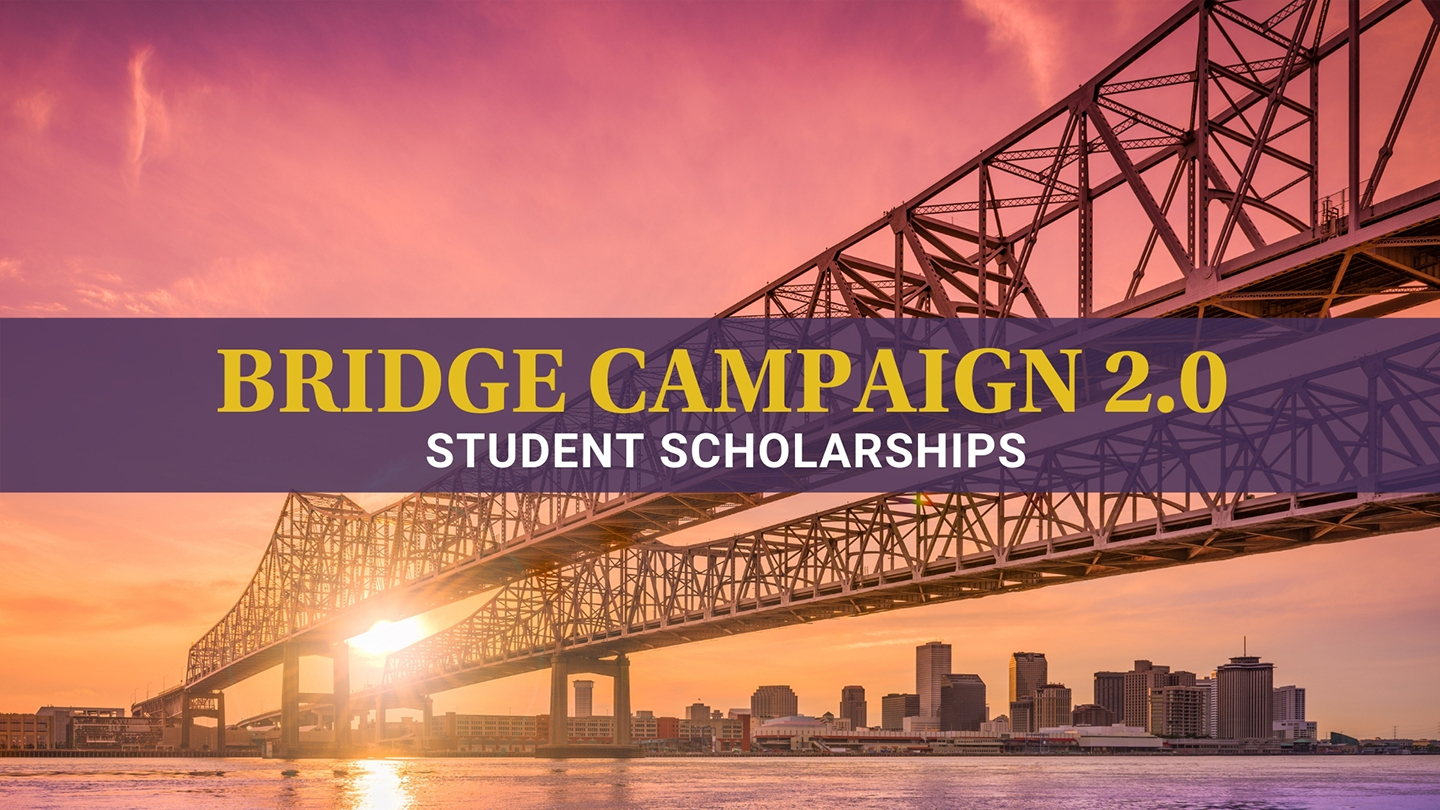 “The fund was meant to help students that might have been struggling because of the economic impact of COVID-19 to be able to come and continue in their studies,” Wetzel said.

Bridge 2.0 provided students full tuition for one fall semester class at the undergraduate or graduate level. The success of the Bridge 2.0 Campaign mirrored the highly successful phase one Bridge Campaign in the spring that benefited students enrolled in the Summer 2020 term.

In phase one, the Bridge Campaign goal of $300,000 was met and exceeded providing students a 50 percent discount on tuition on each course taken during the Summer 2020 term and giving NOBTS a higher summer enrollment than in previous years.

The response to Bridge 2.0 was unexpected.

“The need was not as great [as in the summer term], but the response was still incredible,” Wetzel said. “We easily surpassed our goal.”

In mid-March, NOBTS moved to online courses to meet governmental guidelines regarding COVID-19. When health restrictions were extended into the summer months, the Bridge Campaign was set up to help students bridge the financial gap created by a struggling national economy.

As the fall semester approached, the need for a second phase of the campaign became apparent and a goal of $150,000 was set.

Wetzel said that as the Bridge 2.0 Campaign went into effect, faculty members and administrators relayed to him students’ comments about the fund, noting, “What a difference it is making.”

Though COVID-19 restrictions continue, the economy has experienced a certain “stabilization” which helps stabilize student need, Wetzel explained, adding that from the beginning the Bridge Campaign was conceived as a “step-down” giving program coinciding with the nation’s recovery.

Kirk Casey (’89, MDIV), associational missionary for the Cumberland Plateau Baptist Association in Crossville, Tenn., contributed to the Bridge Campaign because he remembers what it was like as a student living on a lean budget.

“I’m always trying to give back what I can,” Casey said.

Casey the NOBTS alumni luncheon at the Southern Baptist Convention prompts him to give annually to NOBTS, but with the convention canceled due to COVID-19 he was glad to give to the Bridge campaign.

Casey benefitted from a scholarship as a student and remembers how God used others to providentially bless his family during his days at NOBTS. Once, Casey and his wife felt compelled to give sacrificially to a special offering at church and gave beyond their means. When they arrived back home at the Crutcher Apartments on campus, they found an envelope under their apartment door with more money than they had given that day at church.

Wetzel said that he is thankful the seminary has been blessed with donors who provide consistent and planned support. Many of the same givers responded to the Bridge campaigns as well. Wetzel said he is “impressed” by those who give as they can.

“The COVID-19 opportunity gave us a simple platform that connected with people,” Wetzel said. “It is an easy story to understand – people are struggling right now, and it makes more sense maybe than usual to give.”