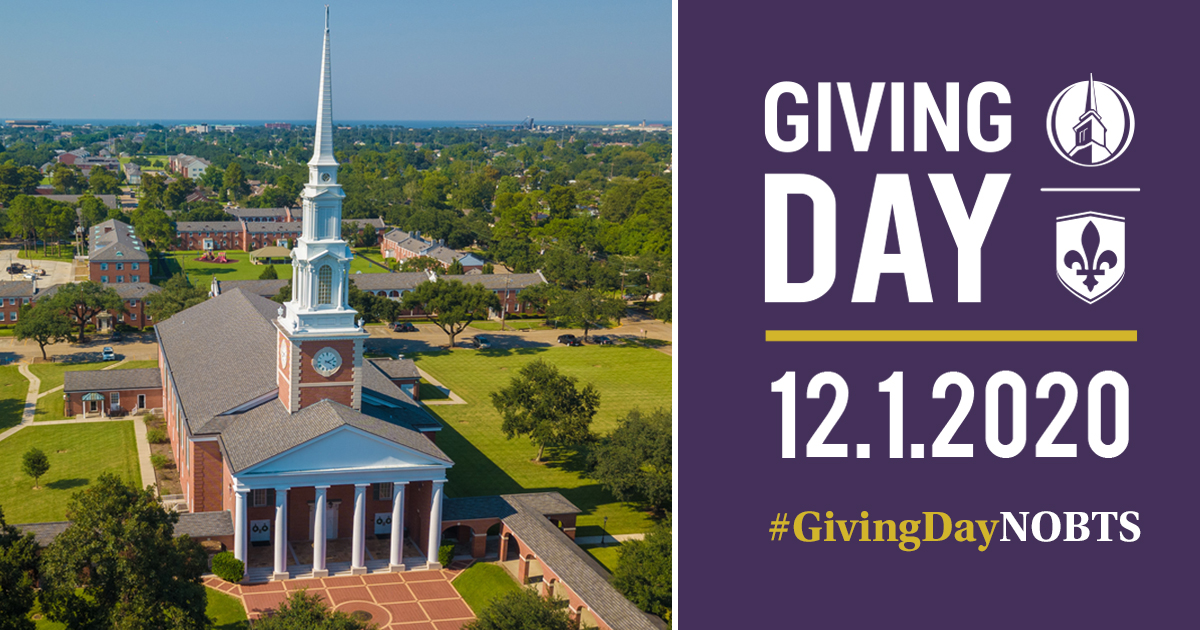 A record number of donors participated, as well, surpassing a high of 40 participants in previous years.

“This year we had 243 donors,” said Mike Wetzel, Vice President for Institutional Advancement.  “More than ten percent of them are brand new donors that had never ever given to NOBTS before. That’s a great thing.”

Giving Tuesday has grown over the last few years to become the largest day of giving for non-profits around the world, Wetzel said. Last year, about two billion dollars were raised for non-profits worldwide. Many non-profits report as much as ten percent of their annual budget is met through donations in December, Wetzel explained.

The difference for NOBTS this year came because of a concerted effort of several NOBTS offices, a strategy to reach a wide audience, and the matching gift, Wetzel explained.

“Having that matching gift is huge,” Wetzel said. “People that would not normally give will when they know their dollar is being doubled. It makes more sense to them to give.”

Part of NOBTS’ strategy this year involved providing “toolkits” for each of the various NOBTS friends and family  groups – administration, trustees, faculty, foundation board members, and students – by which everyone could easily give and easily help promote giving to NOBTS on Giving Tuesday, Wetzel said.

Four months of planning and coordination between various offices, including marketing, social media and website management, helped make the day a success, Wetzel said, adding, “It takes a team.”

Every participant and every donation made an impact, Wetzel said.

“Because of your faithfulness and generosity and your willingness to partner with us, we were able to raise one-fifth of our Providence Fund budget in one day,” Wetzel said. “The key thing to understand about our Providence Fund is that every dollar given saves a student a dollar. So, thank you.”