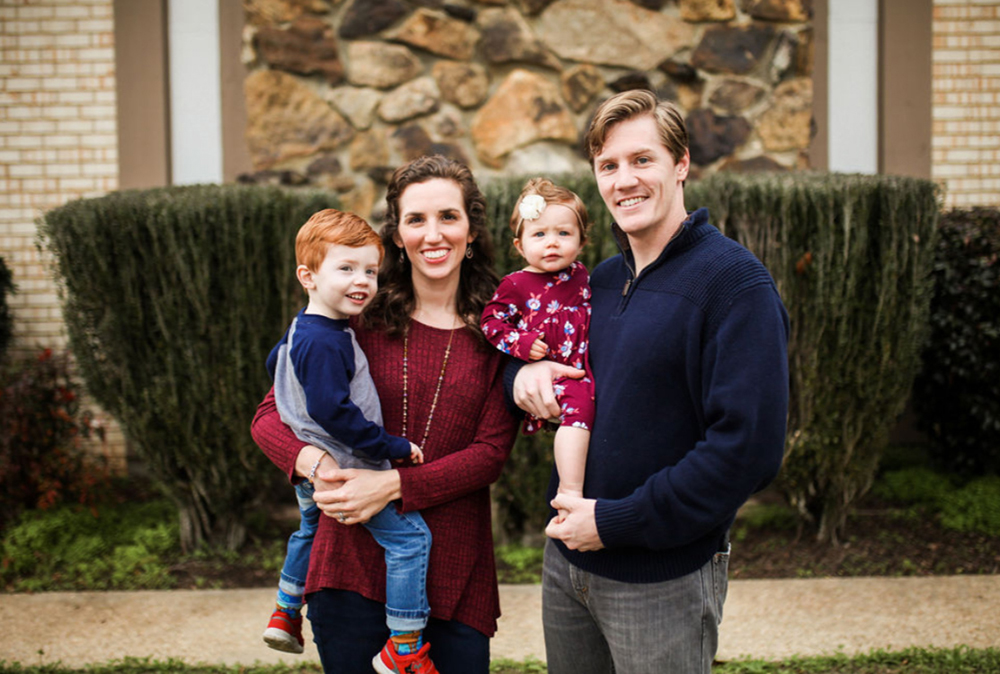 When Cody Hensley visited New Orleans Baptist Theological Seminary back in 2011, he immediately recognized the powerful family atmosphere on campus. At the time, though, he didn’t realize just how important the intersection of theology and family would be to his life and ministry.

“I’d visited a couple of other seminaries, but my experience in New Orleans during the touring process was very family-oriented,” Cody remembers. “I felt like I really belonged, even though I’d only known people for a few hours. I felt like the Lord was providing a family for me. Being 12 hours from home in Oklahoma, it was a big deal for me to feel like I had people who already cared for me when I arrived.”

Cody still has a passion for making family connections. Personally, he and his wife Kendyl have two children of their own. But professionally, his position as the pastor to students and families at Glynwood Baptist Church in Prattville, Alabama, also challenges him to nurture healthy family cultures within his local congregation.

The position was brand new when Cody was hired at Glynwood in 2018; and while his responsibilities focus on children’s ministry, student ministry, and college ministry, Cody also gets the chance to encourage parents and to help them become the primary spiritual mentors inside their families.

“I’m involved in developing a ministry plan for parents,” Cody explains. “We’re trying to make a shift in our church to help parents recapture the vision of being disciple-makers at home.”

When he first arrived at NOBTS, Cody believed God was calling him to student ministry. But before long, he saw that he needed more grounding in the basics of Christian education. So, he made a decision to broaden his base.

“I realized how little I actually knew in regard to theology and hermeneutics and pastoral care and Christian history—the whole gamut,” he recalls. “I realized that I was not prepared for any of it. So I wound up switching to a general M.Div. because I wanted to improve in all areas.

“I became a generalist, if you will, for the sake of taking that foundation and applying it wherever I go. If one day, the Lord calls me somewhere different, I’ll be able to apply and adapt the principles of scriptural faithfulness and being mission-minded to my context as the core principles of my ministry.”

Cody has confidence that he can apply his education across contexts because New Orleans provides a unique testing ground for theological education. Like so many other NOBTS students, Cody took advantage of the diversity within the city of New Orleans. That non-traditional experience turned out to be a huge confirmation of where God was leading his life.

Along with his classroom experiences, Cody also appreciates the fact that scholarships and other donations allowed him to get through school without student debt. He views debt as a major obstacle in the lives of minsters and is grateful that God provided for his education through those who invested in the mission of NOBTS.

“Donors free students up to do ministry unchained by debt,” he says. “There are enough pressures on a minister and a minister’s family in seminary and afterward. Anything we can do to hold the rope so they can go where they are called is a win. It’s an investment in the kingdom.

“Plus, New Orleans is one of the seminaries trying to do ministry in a hard place. That’s a worthwhile endeavor. If we truly believe the gospel is for all nations and all peoples, then it’s worth investing in areas that are under-represented in our convention or locally in the church.”

Eventually, Cody discovered a passion for biblical languages and graduated in 2014. His graduation represented the culmination of more than a degree. It provided a milestone of God’s transformational work in him personally.

“A lot of folks question whether seminary is worth it. I astoundingly, absolutely, enthusiastically—whatever adverb you want to throw in there—would say yes,” Cody states. “I thought I knew what ministry looked like. I thought I knew what being faithful to the Lord in a local church context looked like. But seminary beat that pride out of me—and beat a biblical worldview into me.

“Even though it was hard and was grueling and, at times, frustrating, it was one of the seasons in my life that markedly changed me.”