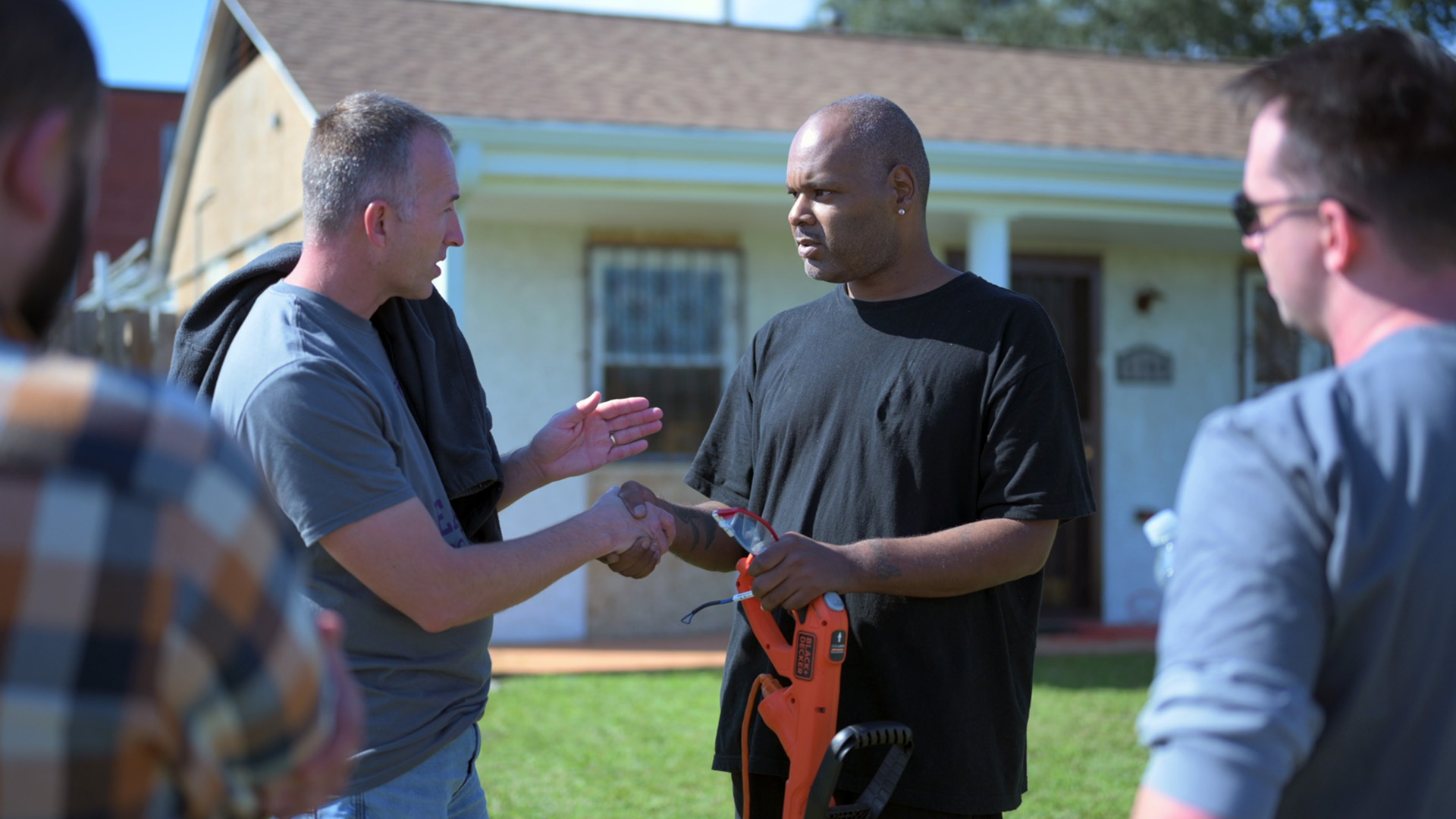 Presidential inaugurations require a certain amount of formality and pomp, but Jamie Dew wanted a portion of his inauguration week to focus on servanthood and Gospel proclamation.

Since coming to New Orleans Baptist Theological Seminary (NOBTS) and Leavell College in June as the school's ninth president, Dew has called the seminary community to take up the "towel and basin" and serve like Jesus.

In the midst of this week with all its formalities, the NOBTS family took time out to serve in mission projects around the city, reflecting the tone Dew wishes to set for his tenure.

Faculty, staff and students worked in teams throughout the city and saw at eight people come to faith in Christ. One of the people who responded to the Gospel that day lived just next to the seminary campus. A team going door to door in the neighborhood that abuts NOBTS struck up a conversation with a man working in his yard. After hearing the Gospel, he prayed to receive Christ in the shadow of a seminary building.

Before dispersing into the city, Dew reminded the more than 300 participants gathered in Leavell Chapel just how Christ served others. He warned them not to stop at intellectual devotion to the Gospel.

"I'm afraid we often do miss in the midst of all that God is doing in our lives, in the place and location we're in, with the tasks before us -- I'm afraid we miss how simple this really is," Dew said. "Christ ... the Master, the Teacher, the Messiah, the King -- our King -- came into the world as a servant and took a towel and basin and took the posture of the lowest of them all and washed his disciples' feet."

Dew expressed his love to the seminary family and said he "fell in love" with them because of their humility and service.

"So today, and every day from this point forward, you start this journey with me," Dew said. "I submit myself to you and the churches of the Southern Baptist Convention to be your and their servant. With Christ, I call you into that with me."

Lifting up the towel and basin that Dew carried to the pulpit, he gave his final charge.

"Let's show Gentilly and New Orleans and all the places we will go what it looks like to be a follower of Jesus Christ. He is our example and today we honor Him by obeying."

Some teams prayer walked and shared the Gospel in neighborhoods (Gentilly, Lakeview and the French Quarter) and on a university campus. Others served at Global Maritime Ministries, a seafarer ministry at the Port of New Orleans, or at the Baptist Friendship House, a ministry near the French Quarter that cares for women and children in transition and human trafficking victims.

Teams sorted and organized hygiene items and articles of clothing for backpacks the center distributes to those in need or those escaping human trafficking and provided other needed services.

Key Bennett, Baptist Friendship House executive director and a North American Mission Board Send Relief missionary, pointed to Jesus' example in Matthew 25 and the admonition in 1 John 3:17-18 to show the importance of service.

"[Serving others] is what Jesus did," Bennett said. "Hurting people have experienced trauma in their lives, so my homeless and human trafficking survivors and folks living in poverty have a lot of need. It's simply meeting a need, building a relationship and changing a life through Jesus Christ."

At Global Maritime, teams helped with cleaning and lawn care and prepared supplies for ministry. Some baked brownies and cupcakes to share with cruise ship crew members who visit the center on Mondays, Thursdays, Saturdays and Sundays -- times when Global Maritime staff members have many opportunities to share the Gospel.

At a local university campus, teams set up a table and used Soularium cards, a series of images designed to spark spiritual conversations, to engage students.

Scarlat Duerreiro, a NOBTS Master of Music student from Brazil, said the cards' images were particularly helpful in talking with a young man who had some difficulty in communicating his thoughts. When the young man expressed that he felt like he was living in darkness but wanted to live in the light, Duerreiro shared the Gospel and led him to faith in Christ.

"I think we were 'out of the box' and really had the opportunity to experience New Orleans," Duerreiro said. "It really took it out of theory and let us work as a team with professors and other students. We were able to say 'Taste and see that the Lord is good.'"