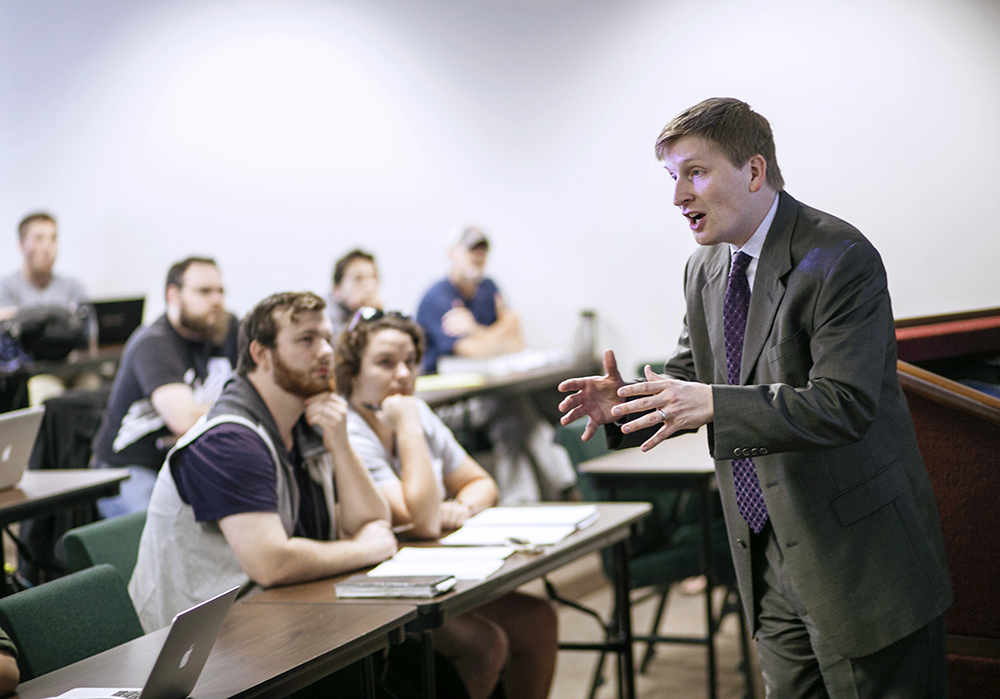 In addition to his administrative role, Putman will serve as director of worldview formation and professor of Christian ministries at Williams. Despite his new role in Arkansas, Putman will continue to supervise doctor of philosophy (Ph.D.) students at NOBTS.

NOBTS President Jamie Dew congratulated Putman on the new role and expressed his excitement over the leadership opportunity Putman has been given at Williams. Dew also expressed thankfulness for Putman’s years of service at NOBTS.

“We’re certainly sad to see Rhyne go, but we are incredibly proud of him at the same time and excited to see what this next chapter includes for him, his family, and for Williams Baptist University,” Dew said. “Rhyne has been absolutely wonderful for NOBTS and we are most grateful for his service to our students. We are delighted that he will continue to teach some for us as we partner together to train the next generation of servants for the Kingdom.”

Putman, who earned the master of divinity (M.Div.), master of theology (Th.M.) and Ph.D. degrees at New Orleans Seminary, showed scholarly potential as soon as he arrived on the NOBTS campus. He was added to faculty as an instructor in theology two years before completing his Ph.D. For the past ten years, Putman has served on the NOBTS faculty reaching the rank of associate professor of theology and culture.

During his time at NOBTS, Putman has been a consistent classroom favorite among students and has been a frequent contributor to the discipline of theology through publications and academic presentations. Putman has published two books during his faculty tenure -- In Defense of Doctrine: Evangelicalism, Theology, and Scripture published in 2015, and When Doctrine Divides the People of God: An Evangelical Approach to Theological Diversity, published this summer. Putman is currently writing an introductory book on Christian theological methodology scheduled for release in 2021. Putman was a frequent presenter at regional and national meetings of the Evangelical Theological Society (ETS) and has served as president, vice president and program chair for the ETS Southwest Region.

Putman and his wife, Micah, have a son and a daughter.