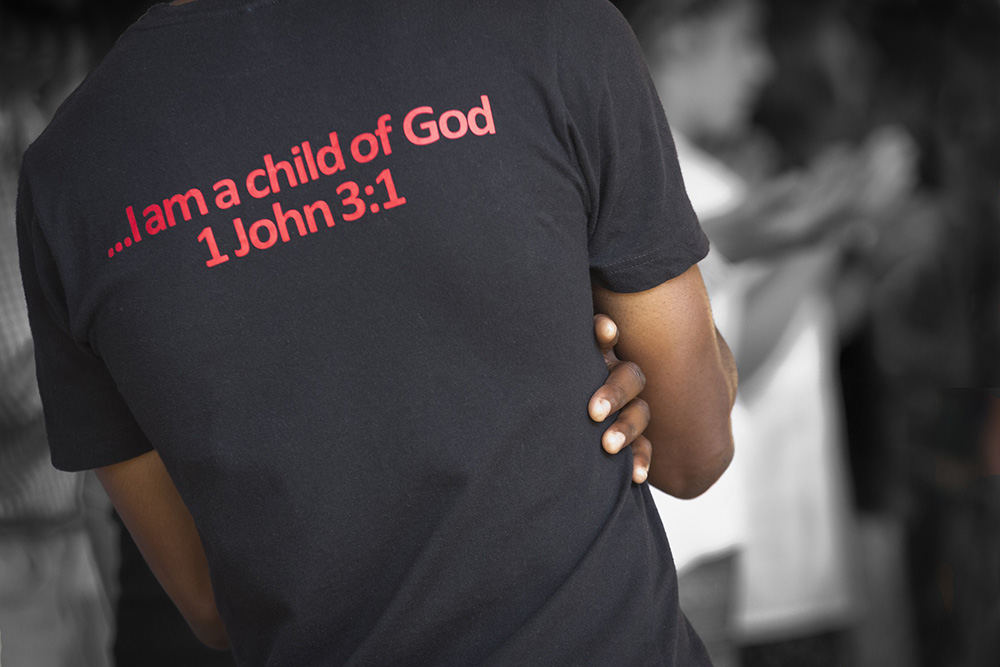 The Role of Truth in Racial Reconciliation
By DeAron Washington

There seems to be some confusion about the terms “racial reconciliation” and “diversity.” Namely, I hear these used interchangeably, but the two are quite different.

Diversity can be achieved by sharing space with one another. For example, the 18th century churches in the South could be described as diverse because slaves and slaveholders shared a building.

Racial Reconciliation, on the other hand, requires an intimate knowledge of one another’s life and the regular sharing of truth, which strengthens unity. Those churches were plagued by the lie of racial superiority, but not the reconciling truth of (Ephesian 2:14).

The 18th century churches were diverse, but far from reconciled.

As such, the need for truth is not contained to issues of race. It’s integral to our lives as Christians.

Confession, repentance, and rebuke all hinge on truth. God requires truth to be reconciled to him. And there can be no confession or repentance without honesty about sin.

I submit to you it takes constant truth-telling with one another to pursue reconciliation. It takes long, tearful conversations. It takes sitting across the table from one another and actively listening to truth that brings weeping and conviction. Many times we have the picture of Revelation 7:9 in our minds—multicultural worship.

But the reality is, the road to Revelation 7:9 is often paved with many Galatians 2:11-14 moments—where Paul rebukes Peter.

Additionally, moving in this direction is what Christ wants for us. Theologically, he has made us one (Ephesians 2:14). But sin hinders our unity. A quick look through American history shows this is how minorities and majorities haven’t been unified (e.g. slavery, Jim Crow, Immigration laws, and the Curse of Ham).

Sin is our default. It is hazardous to any pursuit of unity. It hinders our ability and willingness to share truth. We must actively fight sin to courageously share truth.

When it comes to racial reconciliation, there are three things that hold us back:

1. Our own worldviews are limited

It’s true for all of us: we each have a limited perspective on history, culture, and theology.

In the case of history, most books tell the stories from a majority perspective. For culture, the information we’ve learned has come from papers, not people. And theologically, our textbooks are written from an individualistic western perspective.

In other words, we don’t speak the truth because we don’t know the whole story.

We blame poverty, miseducation, and police brutality on individuals. We are unaware of the contributions minorities have made to theology, culture, and history. A proper exegesis of cultures requires a fuller historical, theological, and sociological understanding. Reconciliation succeeds a robust knowledge of our multicultural heritage.

2. We have a colorblind doctrine

How many books on your shelf are written by a minority? Have you ever asked that question?

When I ask this question to my peers, they often respond in a similar fashion with statements akin to “I never thought about it.”

While a colorblind theology sounds like a good thing, it’s actually not. Here’s why:

First, it ignores rather than embraces the way God intentionally made his people. Second, it rejects rather than marvels at the beauty of Revelation 7:9--where multiple people groups once separated by language, geography, and sin will sing to one God. And third, it underestimates how great our task is to make disciples of all nations.

We do not speak the truth because we are blind to our God-given differences. Color-blind ethnic reconciliation does not exist.

3. We fear the consequences

If I were a betting man I would say fear is the main reason people don’t speak truth about racial issues.

This is a legitimate concern. Speaking the truth about racial issues is costly. Sadly, I have heard far too many stories of leaders being forced to leave churches because their churches were filled with racists. I have seen people speak up and be labeled, “Marxists,” “heretics,” or “racists.”

Speaking up can cost you friendships or put a wedge in a familial relationship, too.

Fear is exasperated by the thoughts of what could happen when you voice your convictions and concerns about the racial unity of the body of Christ. Fear seeks to smother the voice of truth. And, ultimately, fear keeps us silent.

If you desire to have a church or ministry in pursuit of reconciliation, learn and speak truth.

Expand your worldview by learning about our multiethnic history. Confess your colorblind doctrine and fear of consequences to Jesus who is faithful to forgive (1 John 1:9).

And finally, rebuke friends, family, and church members with the word of God. Pray, as the Psalmist wrote: “Guide me in your truth and teach me” (Psalm 25:5).

May God give us understanding and boldness to speak truth to strengthen our unity!