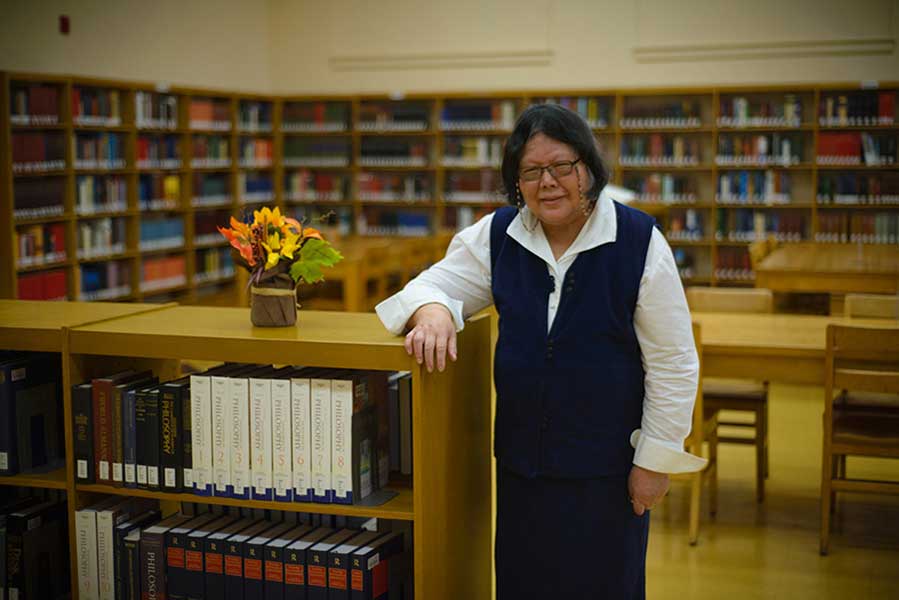 From a childhood in Communist China to a journey through cancer, Connie Pong knows something of the trials of life. But when Pong recounts her life’s story, she notes instead the markers along the way of God’s grace and faithfulness.

Psalm 139 is a passage she embraces.

“It summarizes my life,” Pong explained, adding that she found the psalm’s promise that God is always nearby to be true. “God was always leading,” she said.

Pong’s love of the library and her desire to earn a master in library science degree brought her from Hong Kong to the United States, and eventually to NOBTS. While friends provided encouragement, Pong said it was God’s hand at every turn that made it possible.

The daughter of a Chinese pastor, Pong’s life changed forever the day Mao Zedong and the Communists seized power, Oct. 1, 1949. With the churches in mainland China shuttered, Pong’s father lost his congregation, the church building, and his means for earning a living.

For a year, Pong’s father held out hope that the church property would be returned and he would be allowed to preach, Pong said. After learning of an opportunity to preach in Macao, he approached authorities.

“He told them, ‘I don’t mean to be against Communism; I love my country. My only calling is to preach the Gospel,’” Pong said her father explained to authorities. It was agreed her father could leave, but with three conditions: the visa would be one-way; he had 48-hours to leave; and no family members could go with him.

Virtually overnight, her father vanished, Pong said, adding that he left believing he would never see his family again.

Years later, God provided for Pong, then a young teen, to reunite with her father in Hong Kong. Rather than returning home, Pong decided to live with her father. She came to faith in Christ, finished high school and college, and took a position at the Hong Kong Baptist Theological Seminary library.

Though equipped as a para-professional, Pong dreamed of earning the master of library science, a degree not available in Hong Kong. At the urging of American visitors from the University of Mobile, Pong applied for a visa but was flatly denied.

Confused, Pong prayed, “Lord, why did you put me through this? I didn’t ask for this.” After prayer, Pong found a peace at staying in Hong Kong.

Months later, Pong received a call from the embassy asking her to come in. She agreed, but to her dismay she found herself standing in line to see the same agent who once before refused her request.

This time was different. Pong didn’t know that God had been working behind the scenes.

“She smiled and asked, ‘Is four years enough?’” Pong recounted. “I was stunned. I was shaking when I signed the papers.”

More lessons in God’s faithfulness were to come when the devastation of Hurricane Katrina meant a year away from the campus and the job she enjoyed. Following the storm, Pong battled through two bouts with cancer.

When asked what NOBTS means to her, she recounts moments such as when a faculty member pulls her aside to say, “Connie, I’ve been praying for you.”

The promise of Psalm 139 that God is always watching and ever-directing makes her grateful.

“To know Connie and to work with her is to know a dear servant of God who is most ‘precious in the sight of God,’” Griffin said. “It’s genuinely been a privilege of mine and a blessing to serve our Lord by serving students alongside Connie at NOBTS.” 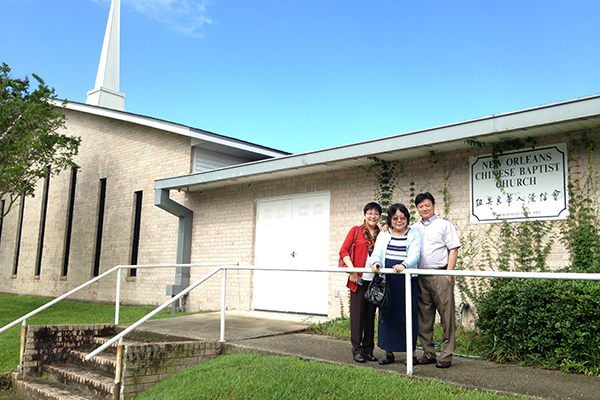