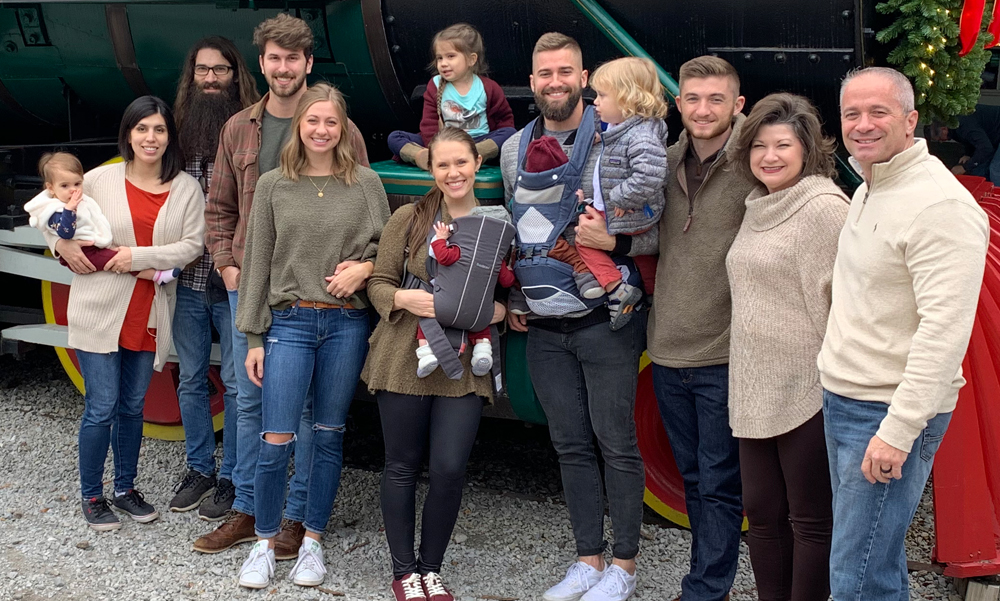 When Dr. Brett Golson thinks back on his time at New Orleans Baptist Theological Seminary, he remembers the influence of caring professors and the sense that the campus was a “holy place.” But even those take a backseat to one other memory.

“The rigor,” Golson says with a laugh. “I know that might sound miserable—and there were times when it probably was. But I needed the academic rigor.”

Today, Golson serves as dean of the School of Missions and Ministry Studies at William Carey University in Hattiesburg, Mississippi. But back in 1997, he was a man trying to find his footing in the world of church ministry. He was hired as a pastor after a stint in the Marines and a history degree from the University of Southern Mississippi. His religion degree from William Carey certainly helped. Still, New Orleans opened a whole new door for him and his ministry.

“I wasn’t raised in a church where there were discipleship and good preaching,” said Golson. “I was never taught how to read my Bible. I never had a hermeneutics class or a preaching class before I became a pastor. So, when I got to New Orleans, the rigor is what made it attractive to me. That might be a turnoff some people, but if you’re way behind the academic curve, you need it.”

As it turned out, the classes weren’t the only challenges Dr. Golson faced during those years. His first semester, he drove three hours one way to take courses on campus. After taking a year off, he continued making that long drive twice a week, leaving at 4 a.m. each day to make it for 8:00 classes.

“I had four children, a full-time church, and went to school full time,” he remembers. “I would drive to New Orleans, go to school, and stop in Hattiesburg to coach all four kids in soccer. Then, we would go home. And I did that throughout the masters and the Ph.D.; that was my life for nine years.

“It was difficult, but I loved it enough to keep doing it. Growing in the knowledge that I was receiving was worth every struggle.”

After earning his master’s degree, Golson began working on his doctorate in preaching. But even that presented a unique challenge. He was entering his dissertation phase when Hurricane Katrina struck.

“All the professors spread out all over the country, and the process came to a grinding halt,” he said. “It took longer because it was hard to get in contact with people. But despite Katrina, I finished the Ph.D. and continued pastoring.”

And he’s continued pastoring ever since, even when William Carey called with an offer to make him an assistant professor of religion in 2012. Golson practices what he calls “co-vocational” ministry.

“I say ‘co-vocational’ because ‘bi-vocational’ sounds like you work on one more than the other,” he explains. But in a co-vocation, you’ve put just as much effort into ministry as your profession.”

Since being promoted to chair of the Christian Ministry Department in 2014, Golson has been helping WCU students embrace a co-vocational life. Every student in the program has a double major. In addition to their ministry degree, they also graduate in a professional program, such as nursing, business, or education.

The purpose, Golson says, is to remove the tension between a ministry and a profession. Instead of having to choose between the two, the double major prepares them for both in just four years.

Within all of this, he’s made William Carey’s relationship with NOBTS a priority. Currently, Carey graduates in Christian Ministry can come to the seminary as graduate students and receive credit for classes they’ve already taken as undergrads. That eases the financial burdens for students and takes advantage of the schools’ natural geographic connection—the kind of link that first brought Brett Golson to New Orleans.

Golson continues, “To me, the seminary is vital because of its proximity to our students. A lot of our students couldn’t afford to go anywhere else if they didn’t have New Orleans. They would have to go completely online—or not do it at all. So, the presence of the seminary is significant.”

While the road was rigorous, God used NOBTS to strengthen and equip Brett Golson for his co-vocation. Now, he’s paying it forward, using the knowledge and skills he learned at the seminary to fit a new generation answer God’s call. Maybe you need to experience the rigor of NOBTS?

To learn how to answer God’s call for yourself, go to NOBTS.edu.