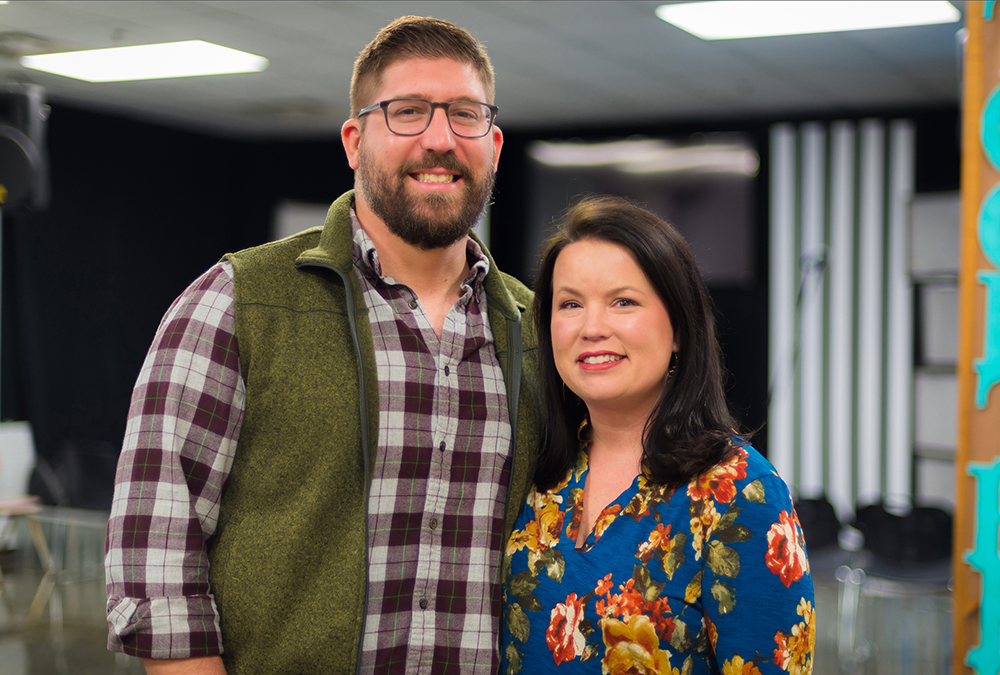 Mike & Heather Massaro: The Call to Missions Starts at Home
By Marilyn Stewart

Mike and Heather Massaro planned to be international missionaries. Their plans changed, but their love of missions did not.

Now serving at Victory Baptist Church in Mt. Juliet, Tenn.—20 minutes from Nashville—the couple is living out what they always knew was true about missions.

Though the couple had hoped to serve overseas, they felt God saying, What if I called you instead to equip tomorrow’s missionaries?

The couple knew training a new generation of missionaries included helping them see missions on three levels—local, national, and international. While the church’s mission trips to help a young church in Cape Cod, Mass., and an international emphasis came together easily, local missions was different.

Some “re-teaching” was necessary to help members see their hometown as a mission field, as well, Heather (MAMI ’12) said.

“It’s easy to think of missions as something you go far away to do,” Heather said. “But if you’re not willing to share the Gospel right here, why do you think you’re going to be able to do it overseas?”

Training a new generation of missionaries “involves teaching them what it looks like to share Jesus in an unfamiliar context and help them learn how to do that in a way that is effective,” Mike said.

An opportunity to serve in an unfamiliar context was soon at their door.

In the early morning hours of March 3, an EF-3 tornado tore through the Nashville area and into Mt. Juliet, a town of about 38,000 people. Almost immediately, the church opened its doors as a shelter, and soon, as a mini-mobilization center for first responders.

A native of Chalmette, La., Mike’s experience of facing total personal loss in Hurricane Katrina, 2005, prepared him to help victims of the tornado.

Physical needs are present now, Mike explained to the church staff and volunteers, but emotional and spiritual needs will soon become evident. Spiritual need is the most important, Mike reminded them.

“It’s great if we’re meeting the physical needs, but at the end of the day, we’ve got to be able to bridge that back to the Gospel,” Mike said.

OUT OF THE COMFORT ZONE

New England is a long way from Tennessee, both in miles and in culture.

Engaging community members of Cape Cod garnered different responses than the mission team members were used to from Southern neighbors.

But when the team returned to Cape Cod year after year, the distance between community members and the team began to disappear.

“We truly came just to help you,” Heather said they told residents. “We’re here because we care about the future of this community.” She added, “They noticed and said, ‘And you came back again.’”

“It was incredible,” Mike said. “You take the Southern hospitality away and put in the love of Jesus and people started opening up.”

When people remarked that coming “all the way” from Tennessee took “a lot of love,” Mike responded, “Yes, a love that only God can produce.”

Rapid growth has brought rapid change to what was once a farm and bedroom community. Mt. Juliet has absorbed some of Nashville’s incoming population, growing by nearly 30 percent in the last five years.

With new neighbors moving in from states as far away as California, the comfort zone for many residents is shrinking.

“Many have lived here on the same street, the same piece of land that belonged to family, their entire lives,” Heather pointed out.

But Mike and Heather see it as an opportunity to fulfill their call to missions as they point others to solid ground in a shifting world.

“The Gospel doesn’t change,” Mike said. “The truth is unchanging.”