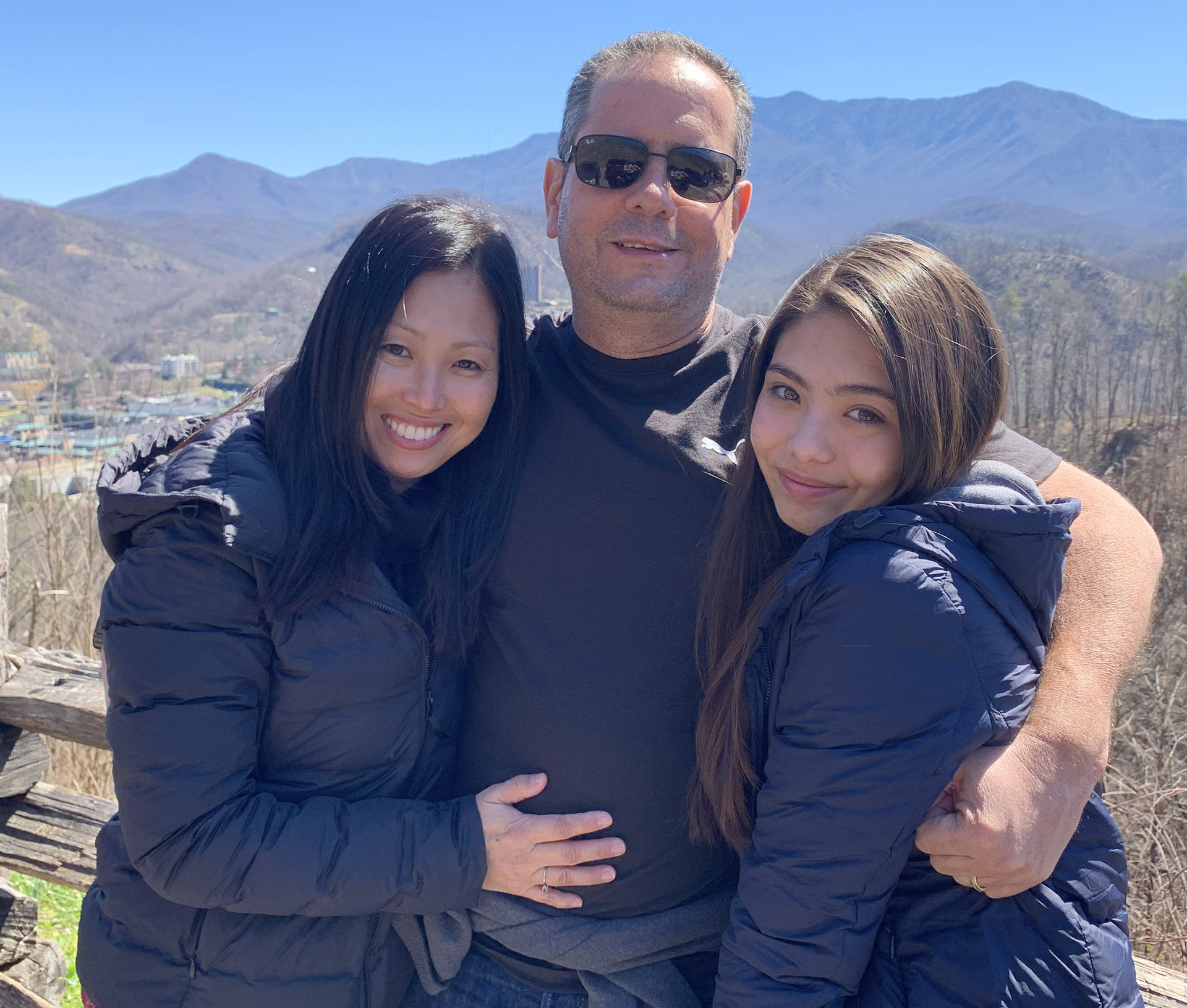 Cibele Rocha studied communications and marketing in her native Brazil for one simple reason: a lot less reading.

“I never really liked to read or to study that much,” she explained. “With my communications studies, you didn’t have to read that much. It was more creative.”

And it worked for her, building a successful career in advertising. But when she moved with her family to Orlando, Florida, in 2016, Cibele again found herself in a classroom—this time studying English as a second language. While the setting was new, the same old frustrations began to surface.

“We had to come to Orlando with the F1 student visa, so I started to take English classes,” she said. “But, after a year, I didn’t want to study English anymore. I wanted to learn English, but I wasn’t really learning it in school.”

In the meantime, Cibele had started teaching middle high Sunday school at Orlando’s First Baptist Church. So, in an effort to become a better teacher of God’s Word, she shifted her focus from English classes to a master’s program at New Orleans Baptist Theological Seminary. And that’s when things began to change.

For the first time, Cibele felt excited about reading and studying.

“When the seminary sent me the first book to read in English, I didn’t think I was going to make it,” she said with a laugh. “But I had more than a month to read the book before classes began. So, I took it and started. I had to read the first page three or four times to understand. It was hard for me. But I finished that book in 21 days. That was a victory for me.

“And I started to like reading books. I have learned so much studying not only the Bible, but also reading other books and being willing to learn each semester. I’m glad that I have been changing. I’m glad that God has been shaping my heart and my spirit and that I’ve been open to learn and gain more knowledge every day to lead people to Jesus.”

One of Cibele’s greatest seminary discoveries has been a new passion for women’s ministry, thanks to an assignment in her Personal Disciple-Making class, taught by Dr. Hal Stewart. For the class, Cibele had to form a small group Bible study and use a discipleship book as a 10-week curriculum. She started her mentoring group with three new believers early in the Spring 2020 semester and eventually moved it online because of the COVID-19 pandemic.

As the class went on, God began moving in her heart. And, after finishing the final lesson, she realized that He had been working in the lives of her mentees as well.

“After 10 weeks, I thanked them and told them we were going to stop,” she recalled. “But they didn’t want to stop. They wanted to keep doing the class. So, we kept meeting. And we started to invite more women to join. Some are not Christian and some are not Baptist, but they have joined the group. Now, after five months, we have 15-20 women participating every week.”

Much of what Cibele has accomplished as a master’s student can be attributed to hard work and a passion to learn more about God and His Word. But she also points out the financial assistance provided by donors. Their gifts to NOBTS and Leavell College keep tuition and fees reasonable. And that removes a serious barrier to internationals studying on student visas.

“Their gifts help people who might not have money to pay the seminary,” Cibele said. “They are helping people to learn more about God and to be better equipped—like me.  And their gifts help students who maybe don’t know exactly why they are studying yet; but as we are open and listen to what God has prepared for us, He shows us and directs us toward what He has for us.”

Cibele is hoping to graduate in May 2021, but she admits that God hasn’t shown her exactly what He wants her to do with what she has learned. She still has her hand in student ministry, and she has found real joy in helping ladies grow closer to God. Her situation might depend on her ability to get a green card, a process that has been delayed because of COVID-19. But wherever God leads, her experiences with NOBTS have left a lasting mark on her life.

“As I’ve been studying, I’ve seen God working through my life,” she said. “I know that God has been changing my heart and my mind. And that is only because I am here studying and learning. God is opening doors because I am willing to learn.

“I am so grateful that I have this opportunity.”